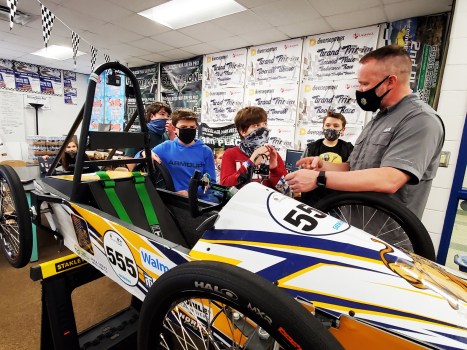 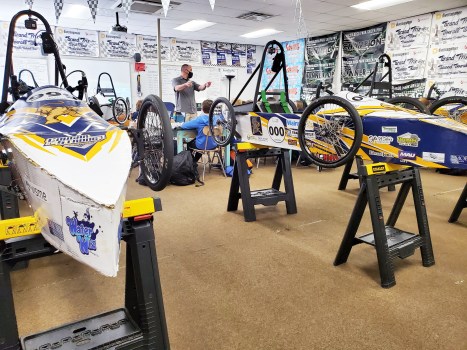 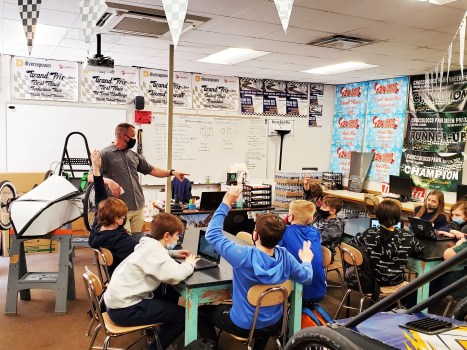 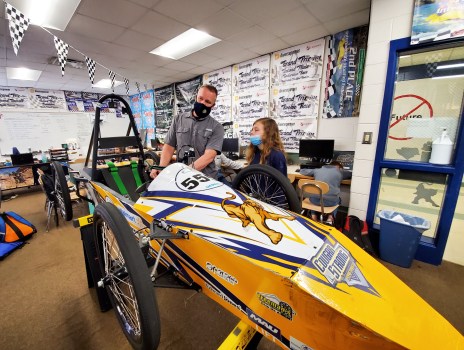 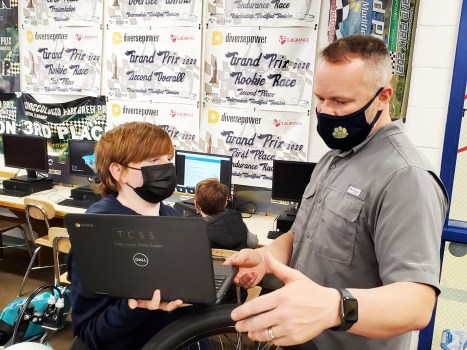 Three years ago, an untested and brand-new race team made its debut.

The rest is history.

Cougar Strong Racing has set the standard for excellence over the years, with its teams winning competition after competition.

Cougar Strong Racing will look to continue that trend on Saturday when its teams participate in the Diverse Power Grand Prix at Gardner Newman Middle School.

This will be the third competition of the 2020-2021 school year for Cougar Strong Racing, and the results so far have been typically strong.

There are three teams that have competed in the two previous races this season, and two additional Cougar Strong teams will race on Saturday, and more than 50 students from the school will be involved.

Graham recalls taking a group of students to a race in Alabama three years ago, not to compete, but just to see what Greenpower racing was all about.

“There was a race in Huntsville in March (of 2018),” said Graham, who is also the GreenpowerUSA STEM coordinator for the Troup County School System. “We drove up there and watched, and took notes, and came back the following month and raced for the first time, and placed second.”

Soon, Cougar Strong’s teams were regularly winning races, and they’ve continued to excel in the three years since the program began.

“There was some success, but could you continue it and repeat it,” Graham said. “So far, it’s working.”

It helps that Long Cane Middle School has made a massive investment in the program, with Graham leading the way.

Graham teachers Greenpower classes throughout the day, giving him an opportunity to spend a lot of time with the team members.

“One crucial part of that that makes it possible, I’ve got the race teams every day for an hour,” Graham said. “That’s a huge advantage that a lot of teams don’t have.”

There is no wasted space in Graham’s class room. On Thursday, two days before race day, there were five electric cars in the room, along with equipment to work on the cars, computers, and everything the students need to prepare for competition.

It is the definition of an interactive classroom, with the students heavily involved in the process, and an enthusiastic Graham patiently answering every question and doing it with a smile (hidden beneath a mask).

On each of the race teams, everyone has their role, whether they’re driving, serving on the pit crew, keeping track of the data electronically, or keeping tabs on the team’s progress for the social-media platforms.

“It makes them so well-rounded, and they’re exposed to so many things until they find their niche,” Graham said.

While most of Graham’s students are members of one of the race teams, not all of them are.

“Separate from those three classes (with the team members), I have two additional classes that are only nine weeks long, and they get to build those cars,” Graham said. “They build the car at the beginning of the quarter, and they get it done in six or seven weeks, they take it out and drive it in the parking lot, and then take it back apart at the end of the quarter, and it starts over for a new group. That’s allowed us to get a lot more kids exposed.”

This will be the fourth Diverse Power Grand Prix.

The first two in 2018 and 2019 were held at LaGrange College, with Cougar Strong dominating the competition both years.

Last year’s race was canceled because of COVID-19, and this year’s event will be at Gardner Newman.

Graham and his students will be at Gardner Newman on Friday afternoon to get everything set up, and the teams will report early Saturday morning before hitting the track at 10 a.m.