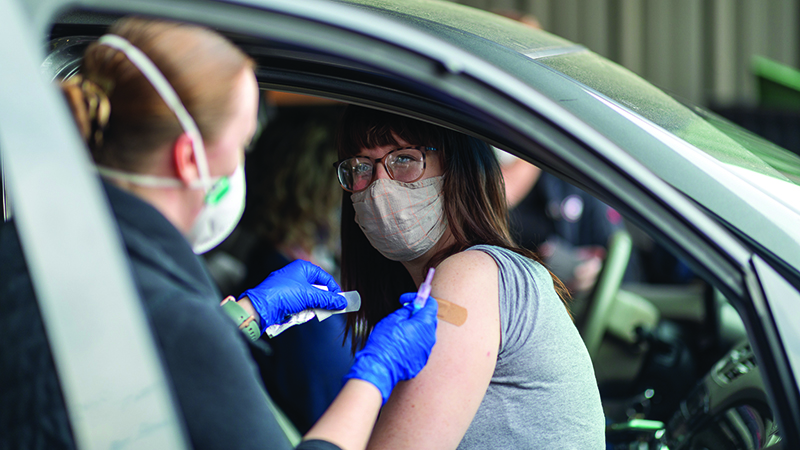 Superintendent Brian Shumate said everything went smoothly, and he thanked all involved for their efforts, including the Department of Public Health and TCSS staff.

Shumate said there were some cancellations at the last minute, but they were filled by employees on a waiting list.

The employees who were vaccinated Monday received the Moderna vaccine and will receive their second shot on Friday, April 23.

Shumate said originally they were considering April 12, which is right at the 28 day window required between doses, but he wanted to do a Friday in case anyone had any ill effects.

Assistant Superintendent Chip Medders said a second group of employees will received vaccinations on April 8-9. He said it’s likely that employees in that group will get the Johnson & Johnson vaccine, which requires only one shot.

Board Chair Cathy Hunt received her vaccine Monday and said the vaccination process was very smooth and efficient.

“I was on and off site in about 22 minutes and that included my 15-minute wait time to make sure I was OK,” she said. “I got my shot administered by a former student.”

As of Tuesday’s update, only four TCSS students have a current positive case of COVID-19, and three employees.

A total of 107 students and three employees are currently quarantined due to possible exposure. Tuesday’s COVID-19 statewide vaccination update was delayed, according to the Georgia Department of Public Health, but through Monday’s update, 8,946 people overall in Troup County had received at least one vaccine shot.