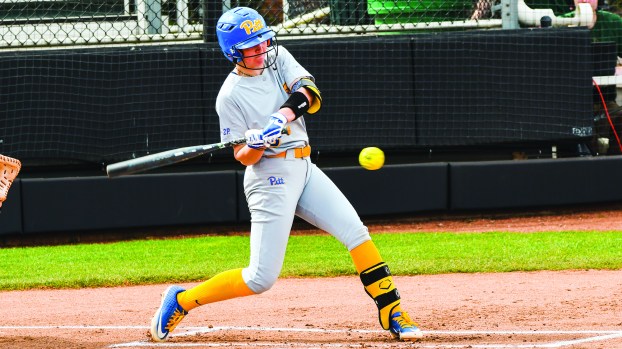 It was a memorable homecoming for Kayla Lane.

Lane, a Troup High graduate and a sophomore on the University of Pittsburgh softball team, returned to her home state last weekend for a series against Georgia Tech.

In the opening game of the series, Lane hit the first home run of her college career, and it came during the ninth inning as Pittsburgh staged a late-game rally.

Trailing 11-7, Lane’s two-run home run got Pittsburgh within two runs, but Georgia Tech held on for an 11-10 win.

In the final game of the series, an 11-4 Georgia Tech win, Lane hit another home run, a two-run shot in the sixth inning that got Pittsburgh within a run.

Pittsburgh won two games in the four-game series, and that included a dramatic 9-8 victory in game three when it rallied for eight runs in the seventh and final inning.

As a freshman during a 2020 season that was cut short because of COVID-19, Lane started nine games at shortstop, and she had four hits with an RBI.

Lane has been at Pittsburgh since the fall of 2019 after an exceptional prep career at Troup High.

Lane has embraced her new home, even it if is a long way from Troup County.

“I love it,” Lane said following the 2020 season. “It’s 12 hours away, but it hasn’t been bad. Even in the fall you’re so busy all the time that you don’t have time to think about being home. And my parents came up once in the fall, and they got to come to a couple of games in the spring, especially we come down south a lot.”

Pittsburgh continues its season with a four-game road series against Virginia Tech beginning on Friday.