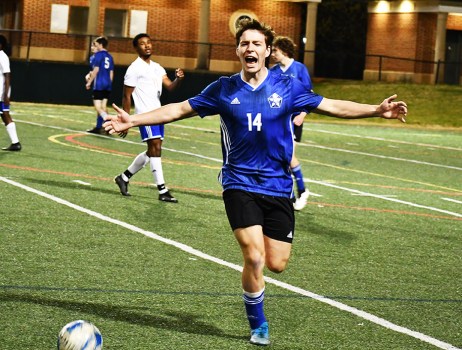 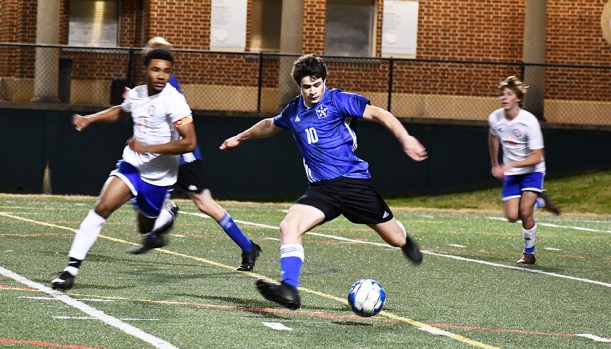 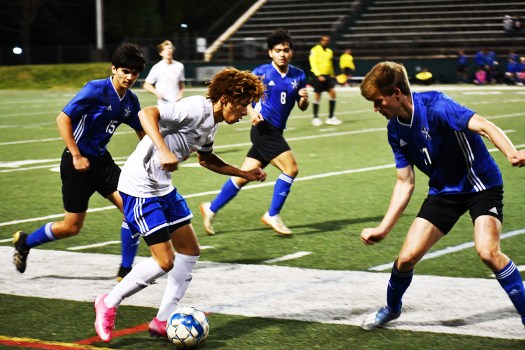 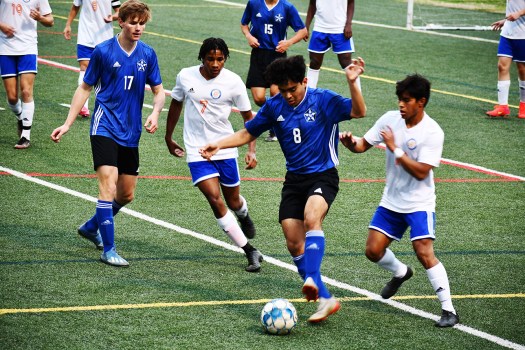 He was ready for the moment.

In the second half of a scoreless game with first place in Region 2-AAAA on the line, LaGrange High’s Jan Alvarado took a pass from teammate Tripp Hollstrom, and he slammed the ball into the back of the net for the go-ahead goal.

That one goal proved to be the difference as LaGrange held on for a 1-0 victory to take a huge step toward a region championship.

LaGrange (6-4 overall) improved to 5-0 in region play with region games remaining against Carver, Kendrick and Jordan.

In a game dominated by the defenses, Hollstrom and Alvarado teamed up for the decisive play.

Midway through the second half, Alvarado and Hollstrom were racing down the field on opposite sides.

Hollstrom, who was on the right side of the field, fed a textbook-perfect pass to Alvarado, who found himself in a one-on-one situation with the Columbus goal keeper. Alvarado calmly hammered the ball into the goal, and LaGrange had the lead.

“When I was running, I said Tripp, I’m here, and he saw me, and he passed it,” Alvarado said. “(A Columbus defender) didn’t get the ball, and I took the shot. I was wide open. It was exciting.”

It also wasn’t entirely unexpected, since Alvarado had a feeling it was going to be his night.

The play was set up by Hollstrom, who has seven goals of his own and also leads the team in assists.

“We were just looking for a spark,” Hollstrom said. “I played a through ball, and Jan hit a great shot.”

While Alvarado’s goal was the top highlight of the game, it was LaGrange’s defense that made the difference.

“They played their butts off, and our defense stepped up the whole game,” Hollstrom said. “They didn’t let a single goal in. I believe they carried the game for us today.”

One of the men who helped secure the shutout was senior goal keeper Cason Blackburn, who made a handful of saves.

Blackburn believes it was a win that could carry the Grangers a long way.

“It’s everything,” Blackburn said. “I’m going to Lindsey Wilson (to play college soccer), but I want to leave a legacy here. I want to win state this year.”

In a scoreless first half, the Grangers had their chances.

LaGrange’s best scoring opportunity in the first half came with 11:30 remaining when Pearson Knight, the team’s leading scorer, just missed to the left when he was one-on-one with the goal keeper.

With 18 seconds left in the half, it was the Blue Devils nearly breaking through, but Blackburn went high to make a save and keep it scoreless.

In the first 20 minutes of the second half, both teams threatened but were unable to score.

Hollstrom had a shot on goal with 36:50 to play that didn’t connect, and seven minutes later, LaGrange’s Ander Gay made a terrific defensive play on a Columbus player who appeared to have a clear path toward the goal.

Finally, as the clock went under 20 minutes, Alvarado came through with his third goal of the season.

“He plays club with all the seniors and juniors, and he’s one of their starters, he just hasn’t been a starter here with us,” LaGrange head coach Shane Pulliam said of Alvarado. “So, he’s somebody who scored two goals in the last game and he’s really been coming on recently.”