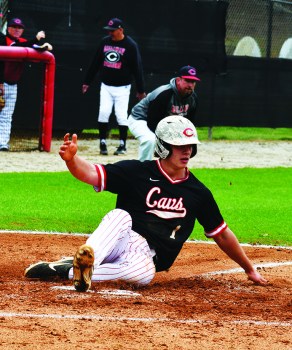 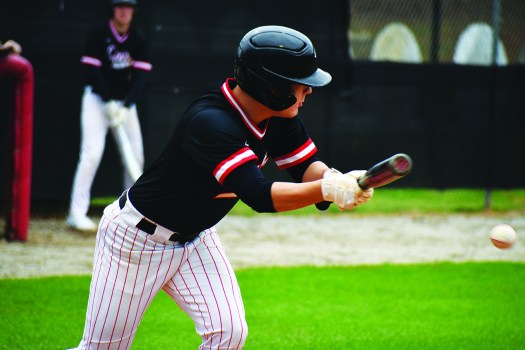 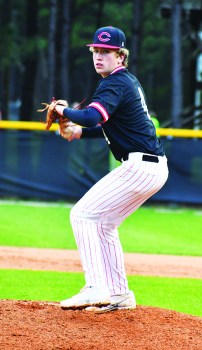 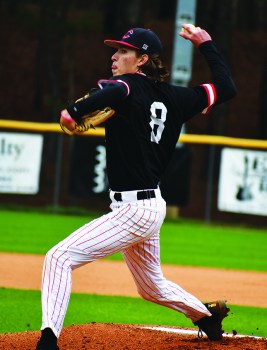 Bryce Hubbard’s walk-off hit in the bottom of the seventh inning lifted the Callaway Cavaliers to a come-from-behind 3-2 victory over the visiting Temple Tigers on Friday night to finish off a doubleheader sweep.

Callaway rallied for two runs in the final inning to win it, with Hubbard’s base hit bringing in Kaden Rogers with the winning run.

Callaway, which lost to Temple 5-4 on Thursday, won the first game of Friday’s doubleheader 3-0 before taking the final game as well to improve to 2-1 in Region 5-AA.

The Cavaliers will play each one of their four region opponents three times this season as they look to bring home a region championship.

“That’s what you try to make sure you do is win series, and if you win every series you win region,” said Callaway head coach Dusty Hubbard.

Heading to the bottom of the seventh inning of Friday’s second game, Temple was in position to take the series, but Callaway rallied.

Jimmy Dukes got things started with a hard-hit double to left field on a two-strike pitch.

Next up was Rogers, and he reached on an error, allowing Dukes to come home with the tying run, and Rogers made it to second base.

With the go-ahead run on second and no outs, Hubbard stepped the plate, looking to either win the game with a hit, or move Rogers to third base.

“I really felt like they thought we were going to bunt,” Dusty Hubbard said. “I said if it’s a strike, try to pull it so you can get him to third, and he did a good job of that.”

Bryce Hubbard got a pitch over the heart of the plate, and he lined the ball into right field for the hit, and Rogers scored easily.

“I was nervous, I know that, but I just had to get him over anyway I could, and I got a hit,” Hubbard said.

Bryce Hubbard gave credit to Dukes for getting the inning rolling with his double.

“If he hadn’t got a hit, none of that would have happened,” Hubbard said. “Jimmie started it off for us.”

On the mound, Bryce Hubbard pitched a seven-inning complete game to get the victory.

Hubbard held Temple to three hits and two runs while striking out four, and he went longer than Dusty Hubbard thought he would.

“We were hoping for four or five,” Hubbard said. “Coach (Jonathan Hopper), our pitching coach, kept saying you need to send him back out, and I just thought he did a really good job. He did a great job, and I thought he handled the tight strike zone the umpire had really well.”

Offensively, Justin Moore had an RBI double in the fourth inning, Tucker Starling had two hits with a double, and Andrew Locke had a base hit.

In the first game, Tucker Starling had it working on the mound.

Starling was nearly untouchable, limiting Temple to four hits while striking out seven, and he only needed 81 pitches to make it through seven innings.

Callaway did all of its scoring in the first two innings.

Moore had an RBI groundout in the first inning, and Rogers and Starling each had RBI  base hits in the second inning.