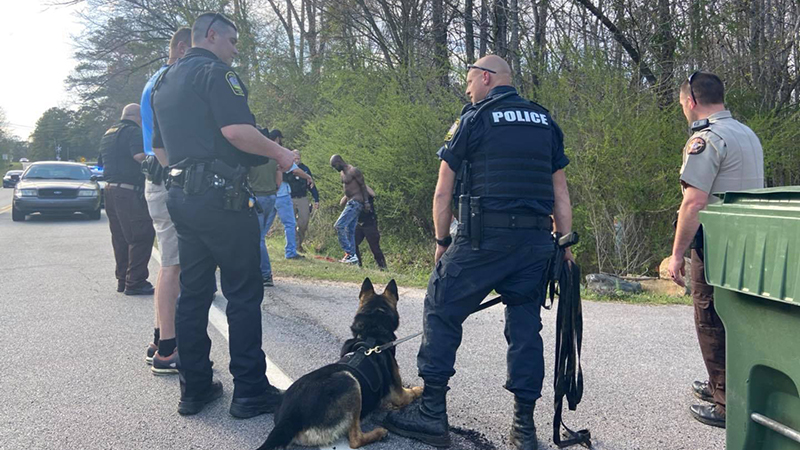 A Columbus man was arrested Monday afternoon after attempting to flee from a Troup County Sheriff’s Office deputy. According to a press release from TCSO, Deputy Richardson attempted to stop a car on I-185 northbound near the 44-mile marker for speeding at 91 miles per hour in a 70 MPH zone.

TCSO said that it was determined through a Georgia Crime Information Center check that Harmon was wanted in Columbus for multiple accounts of aggravated assault.

Several deputies responded to the area along a K9 unit from the LaGrange Police Department to assist with a search for the subject.

Harmon was located by the K-9 around 5:40 p.m. and taken into custody without further incident and transported to the Troup County Jail to await extradition to Columbus.

In addition to his outstanding warrant, Harmon is charged with multiple traffic-related charges in Troup County to include, fleeing/ attempting to elude officers, obstruction, speeding, passing on a no-passing zone, reckless driving and failure to stop for a stop sign.