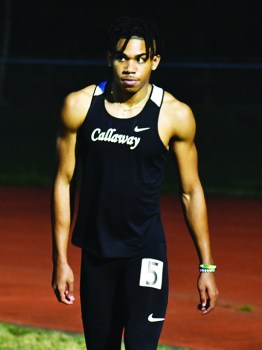 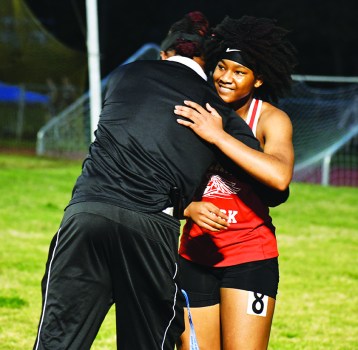 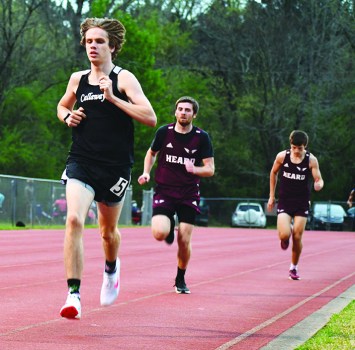 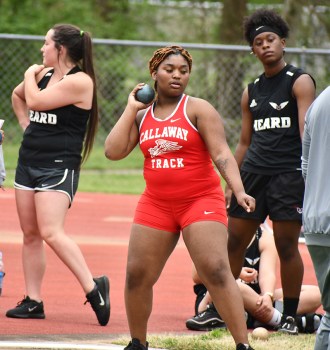 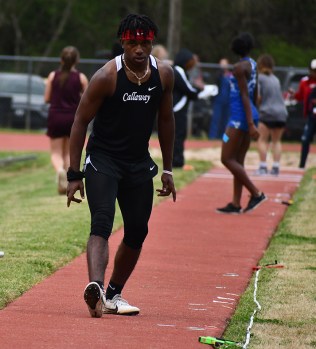 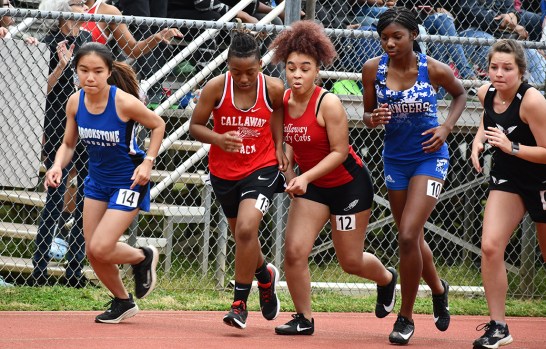 As far as Callaway’s Osiris Rivas is concerned, the best is yet to come.

Rivas, who was an all-state defensive back on the Callaway football team that won a state championship last season, made his track-and-field debut during Thursday’s LaGrange Toyota Granger Invitational at the Whitesville Road track complex.

Rivas had a successful state meet as a sophomore, and he was unable to compete at state last year because the season was cut short because of COVID-19.

Rivas is looking forward to making the most of his final track season at Callaway, and perhaps add another state title to his collection after winning it all in football in December.

“I got fourth my sophomore year (at state), so my senior year I want to go all the way,” said Rivas, who has signed a football scholarship with Blinn College in Texas.

Callaway’s boys’ team also got a first-place performance from Dillion Stephens in the discus.

Lane Thompson also had a big day for Callaway, finishing second in the 1,600-meter run and the 3,200-meter run, while placing third in the 800-meter run.

Thompson was also on the 3,200-meter relay team that was third.

Kaleb Woody was second to Rivas in the 400.

Teaming up with Rivas on the 400-meter relay team that finished second were Carlos Billinsglea, Karlmeao Burton and Stephens.

The 3,200-meter relay team was made up of Thompson, Colton Alsobrook, Kenneth Jones and Zye Gray.

On the girls’ side, Callaway’s Niakoe Burks sprinted to first place in the 100-meter dash.

Burks, who helped Callaway’s basketball team reach the quarterfinals of the state tournament, posted a time of 12.69 seconds, giving her the close win over Heard County’s Camille Gaskins (12.90 seconds).

Burks also ran the anchor leg on the 400-meter relay team that placed third, and she was third in the long jump.