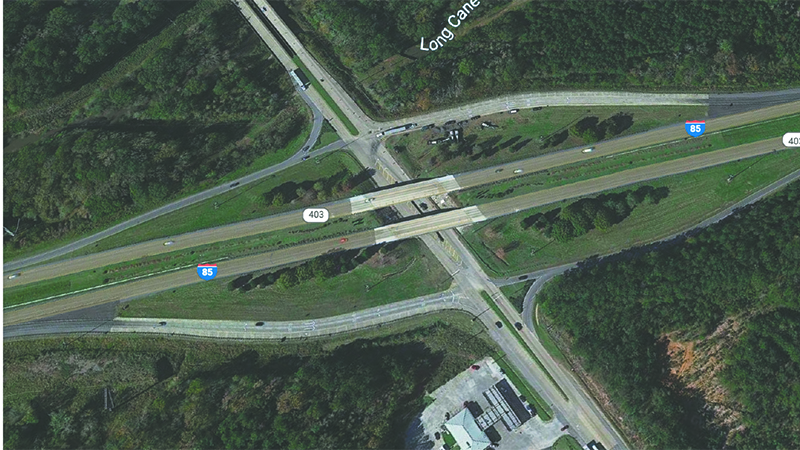 Roadwork in West Point will take place in this area of the city. The Georgia Department of Transportation announced this week that it will install two roundabouts on Georgia Highway 18 at Interstate 85. Four bridges will also be replaced. --Google Earth

The Georgia Department of Transportation announced new projects in West Point earlier this week, including installing roundabouts for safer travel from Georgia 18 onto and off of Interstate 85. In all, the roadwork projects will cost approximately $15.9 million.

The purpose of the project is to improve the safety of the roadway. GDOT crash data analysis from 2004 -2009 revealed 38 crashes with 23 injuries and 0 fatalities at the intersection. Of those crashes, 11 were angle collisions, 1 was head-on and 14 were rear-end collisions.

In all GDOT awarded $59,456,766 in projects statewide, with West Point’s projects totaling more than one-fourth of that. The West Point project was awarded to C.W. Matthews Contracting Company, Inc.