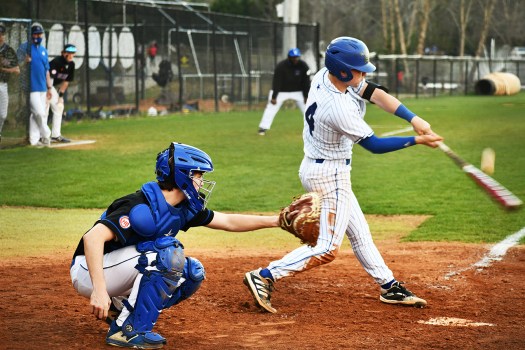 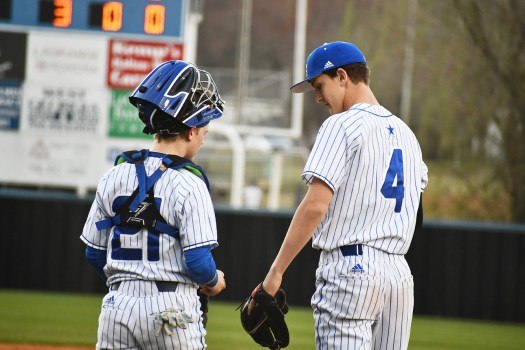 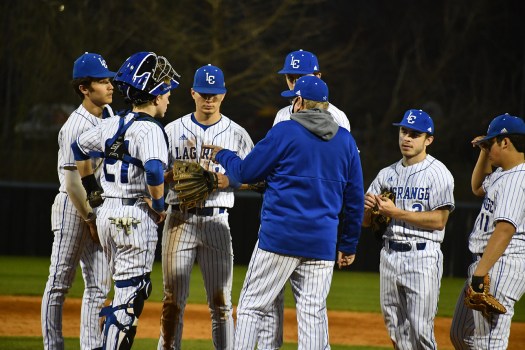 The LaGrange Grangers will get plenty of time at the ballpark in the coming days.

LaGrange, which hasn’t played since it beat Kendrick on March 23, will play six games over the next seven days.

LaGrange begins the busy stretch with Thursday’s game at Landmark Christian, and it has home games against St. Paul’s (Ala.) on Friday and Harris County on Saturday.

LaGrange resumes its Region 2-AAAA schedule with games against Jordan next Monday and Wednesday, and it hosts Calvary Christian on Tuesday.

Since it is spring-break week, LaGrange head coach Donnie Branch gave the players a few days off, and they returned for an indoor practice on Wednesday with the rain coming down.

Branch, who is in the midst of his second stint as LaGrange’s

head coach, used to keep the players busy all through spring break, but he figured they and the coaches could use a break this week.

“In my last life, I pretty much thought that no days off was good,” Branch said. “As time goes on, I figured out that if the kids can get a little time to relax, and the coaches get a couple days off, it’s a good thing to kind of refocus for the stretch run. Whether it works or not depends on individual teams. If we come back refocused and fired up, it’s a great decision. If we come back thinking about what we did down in Panama City, it’s not such a great idea. I’m hoping that these guys will come back ready to roll. Hopefully the kids had a good time, and everything went smooth, and we’ll go back to work.”

First up this week, LaGrange (10-6 overall) is playing Landmark Christian (10-9), a Class A team that is in first place in its region.

On Friday, LaGrange faces a big-time challenge against St. Paul’s, which is making the trip from Mobile, Ala.

St. Paul’s is a perennial powerhouse in Alabama, and it has been ranked as high as fourth in Class AAAAA this season.

On Saturday, LaGrange will host a strong Harris County team that is 14-5 and is in second place in Region 2-AAAAA.

This will be the most games LaGrange has played in a three-day span since it played four games in three days in the LaGrange Toyota Invitational in March.

“We’ve got three good games in a row,” Branch said. “The advantage over the tournament is, the guys are in better shape, so you can go a little deeper than we were back in the tournament. We are going to need some pitching depth, and we’re facing good teams so we’re going to see really good pitching. We’ve got our hands full the next three days.”

The Grangers are also in better shape health-wise than they were in the tournament.

Most notably, junior catcher Zack Thompson will be in the lineup after missing all four games in the tournament.

“I think we’re about as close to full strength as we can get right now,” Branch said.

It has been a successful season to this point.

The Grangers have some noteworthy non-region wins to their credit, and they’re 5-1 in Region 2-AAAA, putting them in position to compete for the region championship.

The pitching has been outstanding all season, with senior ace Matthew Morgan leading the way, and Trevor Booton, Chase Williams have also been solid during their starting assignments.

While pleased with the pitching, Branch is hoping to see the offense make some improvements as the season progresses.

“We’re not very satisfied with where we’re at offensively,” Branch said. “I’ve seen flashes where it looks like we’re doing what we need to do, and sometimes there are games where I’m pretty disappointed at our offensive approach. We need to see the ball deeper, hit the ball the other way, and have that kind of mentality. We’ve got a lot improving to do in that area before we can reach our full potential.”

Like so many teams, the Grangers are getting it done without the home-run ball.

LaGrange’s only home run this season, in fact, came off the bat of Ben Alford in a road win over Kendrick.

Branch does expect the power to come.

“We’ve got guys that hit them in practice,” Branch said. “Will Alford hit five in 13 games last year, so he’s fully capable, in fact I expect him to catch fire the second half. He’s hit some balls that would have been out, he just hit them at the wrong ballpark. He hit a couple at LakePoint, and so did Matthew Morgan, that were dead center, or were 375 that would have been out in our ballpark, so we haven’t been very timely.”

LaGrange has come key games coming up, including a pair of showdowns with Troup on April 16 and April 19.

Those two games against Troup will likely determine the region championship, but before then LaGrange has eight games to play.

That includes two region games against an improved Jordan team next week.