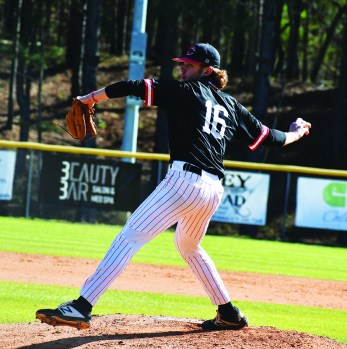 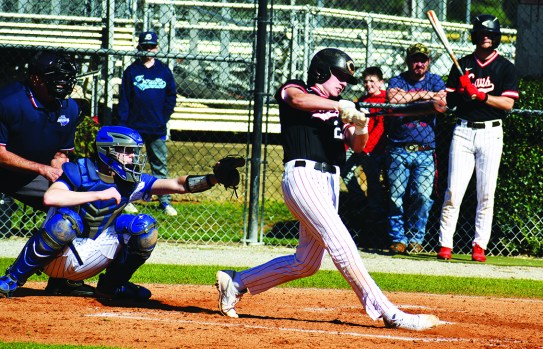 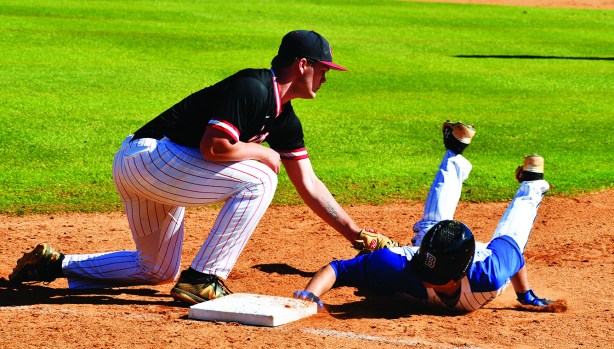 The Callaway Cavaliers are hoping history repeats itself.

In 2019, the Cavaliers lost two out of three games to the Bremen Blue Devils to finish second in Region 5-AA, but they went on to reach the state semifinals.

Flash forward two years, and Callaway has once again dropped two of three to Bremen, and what the remainder of the season holds obviously remains to be seen.

The good news for the Cavaliers is that they didn’t lose all three games, which was a possibility after they dropped the first two games of the series.

After falling 7-6 at Bremen on Tuesday, Callaway lost the first game of Friday’s doubleheader 3-1.

In Friday’s second game, Bryce Hubbard and Tucker Starling combined for the shutout as Callaway won 4-0 to earn the split.

While winning Friday’s second game was important as far as the region standings are concerned, Callaway head coach Dusty Hubbard also felt it was critical from a mental standpoint.

“We’d dropped two in a row, and you need a win,” Hubbard said. “You lose that game, you get swept, and you wonder how is this affecting us long term. Now, you at least feel good going into practice.”

Callaway’s pitching was exceptional in both games on Friday.

In the first game, Justin Moore took a shutout into the seventh and final inning before Bremen pushed a pair of runs across to take the lead.

Moore was dominant, holding Bremen to three hits and one earned run with 12 strikeouts, but it wasn’t enough.

In the second game, Hubbard started and pitched five superb innings before Starling finished things off with two shutout innings.

“The pitchers did a wonderful job,” Dusty Hubbard said.

Kaden Rogers had an RBI single in the second inning, and Moore’s groundout drove in a run in the third inning.

Rogers finished with two hits, and Starling, Hubbard, Moore, Dukes and CJ Stephens each had one hit.

On the mound, Hubbard worked around five hits and three walks to hold Bremen scoreless in five innings, and he was helped by six strikeouts.

After Hubbard walked the leadoff hitter in the top of the sixth, Starling took over, and he got the job done.

Bremen got a pair of hits in the seventh inning, but Starling escaped the jam without any runs scoring.

In the first game, Moore came through with an RBI single in the bottom of the third inning to give the Cavaliers a 1-0 lead, and that’s the way it remained until the fateful final inning.

A Will Hindman RBI single deadlocked the score, and Bremen scored two more runs on an error to take a 3-1 lead.

The inning began with a questionable call on what was rule an infield single, and things went downhill from there.

The Cavaliers went down in order in the bottom of the seventh as the Blue Devils earned the come-from-behind win.

Moore and Andrew Locke both had two hits for Callaway, Dukes had one hit, and Starling walked and scored his team’s lone run in the third inning.

“I felt like in the top of the seventh we got a bad call to start the inning. It happens,” Hubbard said. “You have to overcome it.

“After that, we self-destructed a little bit. But you want to dwell on the positives, and we found a way to win the second game.”