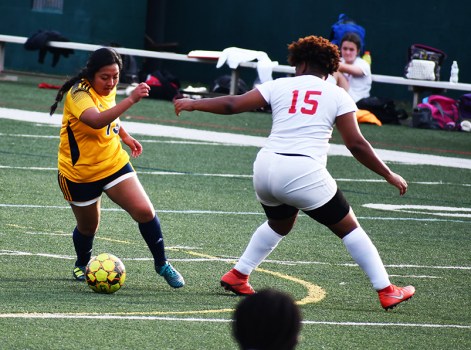 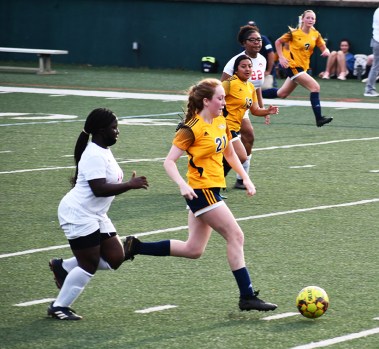 The Lady Tigers already knew they were going to the state playoffs, and they needed a victory on Wednesday to secure the third spot.

“The girls assured themselves of a three seed, so that’s big,” said Troup head coach Eddie Lawson. “We came out a little flat and finally got it going. Once we got it going, we were the better team.”

Gill led the way for Troup with four goals, while Monserrath Villar-Vazquez added one goal.

“She’s never played soccer before,” Lawson said of Reed. “She has made a world of difference to our team. You just can’t get past her. She does a great job.”

Troup built a 3-0 lead in the first half on three goals by Felicity Gill, and Hardaway scored in the closing moments of the half to make it a 3-1 game.

After Gill scored her fourth goal, Villar-Vazquez collected a rebound and knocked the ball into the net for her goal.

Troup’s girls’ team will close its region schedule on Monday at Kendrick.

If the Troup Tigers beat Kendrick, both Troup teams will be in the state playoffs, which would be a big step for the program.

“We’re starting to get some excitement about the program,” Lawson said. “That’s what we’ve needed. You start winning, and you get people pumped up and excited about it.”