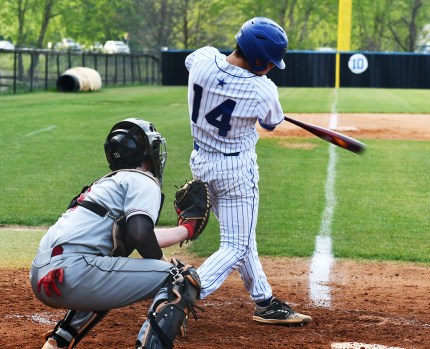 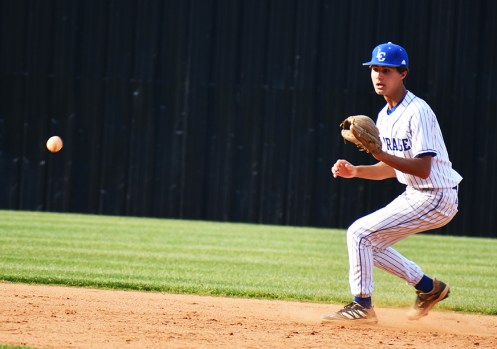 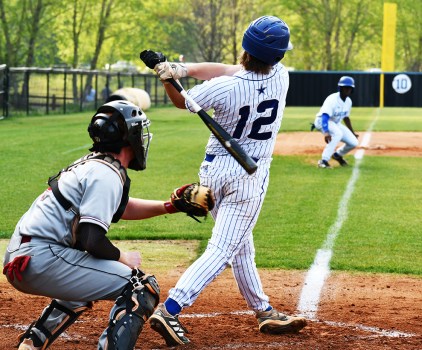 It was a memorable senior day for LaGrange High’s Matthew Morgan.

Morgan, who along with the other seniors was recognized before Wednesday’s game against Shaw, led off the bottom of the first inning with a solo home run to help LaGrange (14-8 overall) win 12-2 and improve to 7-1 in Region 2-AAAA.

On a team with a significant number of players getting their first significant varsity playing time this season, Morgan has provided a veteran presence, and he has enjoyed being a mentor.

“It’s been fun,” Morgan said. “Last year, we had so many seniors, so I wasn’t really a leader. Stepping into a leadership role this year, it’s been fun, and we’ve gotten a lot better since the start.”

That the Grangers are in a position to compete for a region championship is due in no small part to the performance of Morgan.

Morgan is the staff ace, and he’s also been one of the team’s most consistent hitters.

“It’s been a struggle offensively, but I feel really good when he comes up, just because he has a lot of confidence, and he’s good pretty much every day,” said LaGrange head coach Donnie Branch.

Another player who has provided his share of offensive highlights this season is sophomore first baseman Ty Medders, who came through in a big way against Shaw. Medders hit his first home run of the season, and it came with the bases loaded in the fifth inning.

Medders, who also had a double, finished with three hits and six RBIs.

The one thing Medders hadn’t done before Wednesday’s game was hit one over the fence, and he remedied that during a five-run fifth inning.

“He’s hit two or three off the fence lately, so he finally got one over,” Branch said.

Seth Stargell also had a big game with a hit and three RBIs, Zack Thompson had a hit a walk and two runs scored, Landon Tucker had a hit, Matthew Lamb walked twice and had an RBI, and Preston Pressley walked and scored a run.

Chase Williams, a sophomore who has stepped in and filled a key role in the rotation this season, got the start and pitched five superb innings, holding Shaw to four hits and one earned run while striking out six.

Tucker worked a scoreless sixth inning, and he struck out all three batters he faced.

It was the sixth game in seven days for the Grangers, and they finished that stretch with a 4-2 record.

LaGrange hosts South Paulding on Saturday, and it has non-region games against Landmark Christian and Callaway next week.

LaGrange returns to region competition on April 16 when it hosts Troup, and those teams play again on April 19.

LaGrange finishes its region schedule with two games against Hardaway.

As successful as the Grangers have been so far, Branch believes they haven’t come close to realizing their potential.

“We’re nowhere near where we need to be,” Branch said. “We definitely haven’t played our best baseball. But, hopefully we can. We’ve got plenty to get better at for sure.”