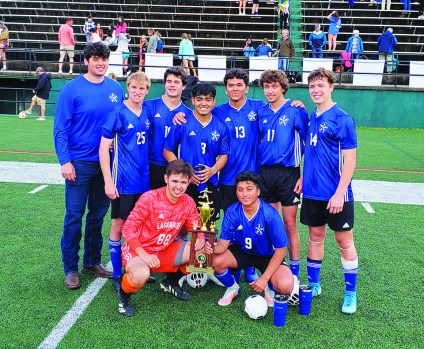 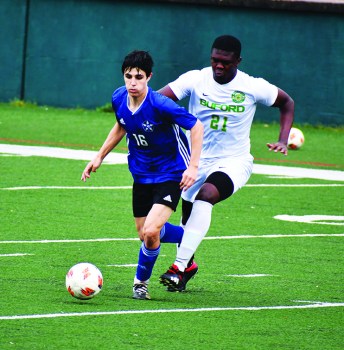 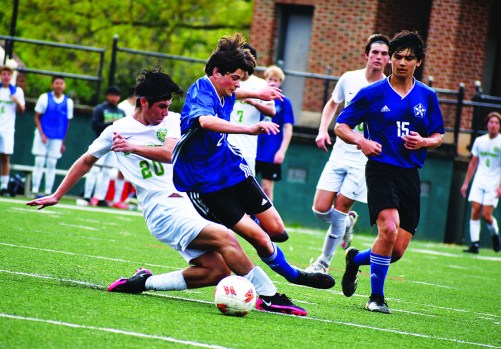 The LaGrange Grangers, returning to action after a break of more than two weeks, were unable to hold a second-half lead against a strong Buford soccer team on Friday.

LaGrange had a 2-1 lead in the second half, but Buford rallied for a 3-2 victory at Callaway Stadium.

It was a tough loss for the Grangers, but head coach Shane Pulliam reminded the players that more important games are to come.

LaGrange, which won the Region 2-AAAA championship, will receive a first-round bye in the state playoffs and will host a second-round game.

“I’d rather lose now and take that lesson forward than if we’d won out and lost our first game (at state),” Pulliam said.

Tripp Hollstrom scored both of LaGrange’s goals, one in the first half, and the other in the second half.

Hollstrom’s first goal gave LaGrange a 1-0 lead less than minutes into the game, and that was the score at the half.

After Buford scored early in the second half to tie it, Hollstrom converted a penalty kick to give LaGrange a 2-1 lead with 34:40 to play.

It was still a 2-1 game when a LaGrange player accidentally kicked the ball into his own net for an own goal, and it was all even with 22:24 to play.

“Tripp had a good game,” Pulliam said. “We just need other people to contribute other than him. Going forward, we’ve got to get more people involved creating shots and taking shots, and filling some responsibility that the season rests with them, and not just one person.”

When Pulliam arrived as head coach in 2018 those players were freshmen, and it has been a prosperous four years.

The seniors have been a part of two region-championship teams, and the Grangers won state-playoff games in 2018 and 2019.

“This is my first four-year group, and we’ve had a lot of success,” Pulliam said. “Hopefully we’re not done, and we’ll get a bad taste out of our mouth.”