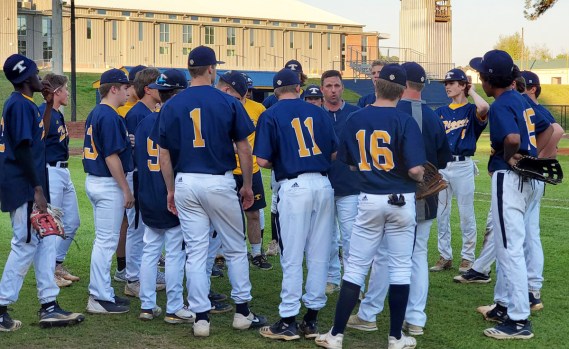 It’s a lucky 13 for the Troup Tigers.

Troup beat home-standing Woodward Academy 5-1 on Friday to win its 13th consecutive game and improve to 20-2 on the season.

Daniel Martin, Devon Murphy and Brett Haynes combined to get the job done on the pitcher’s mound, and the offense did its part with 10 hits.

Troup, which hasn’t lost since the first day of March, has road games against Glenwood Christian on Monday and Central-Phenix City on Tuesday before visiting LaGrange for a critical Region 2-AAAA showdown on Friday.

Those same teams will play at Troup on April 19.

Troup finishes its region schedule with two games against Jordan.

Troup is in first place in the region with an 8-0 record, while LaGrange is 7-1.

In the road win over Woodward Academy, Martin got the start on the mound, and he threw four innings and gave up one run on four hits while striking out three batters.

Haynes only needed nine pitches to retire the side in the seventh inning and finish the game.

Offensively, Mason Atkinson had a big game with three hits and two RBIs.

Reed Morris and Martin had two hits apiece, and Haynes had a double and an RBI.

Colton Webb had a double, and Tre Mosley had a hit and a walk.

Troup scored single runs in the first, third and fourth innings, and two runs in the top of the second.

Woodward Academy scored its lone run in the bottom of the first inning.