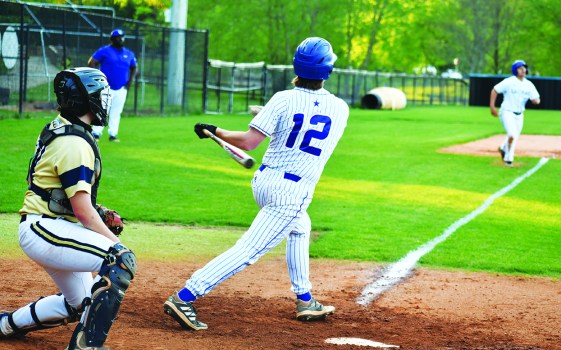 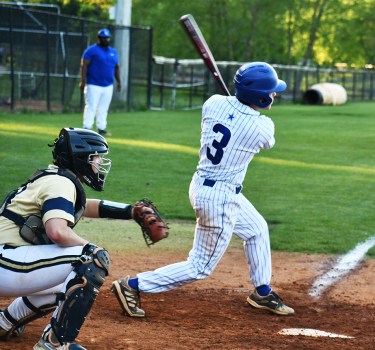 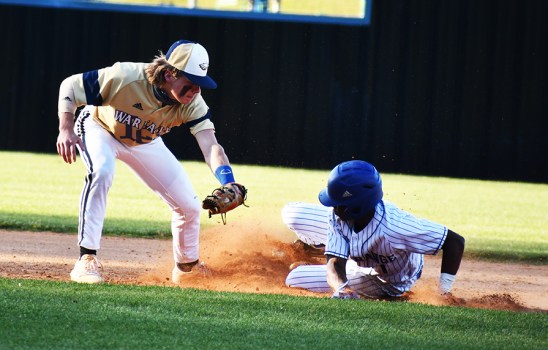 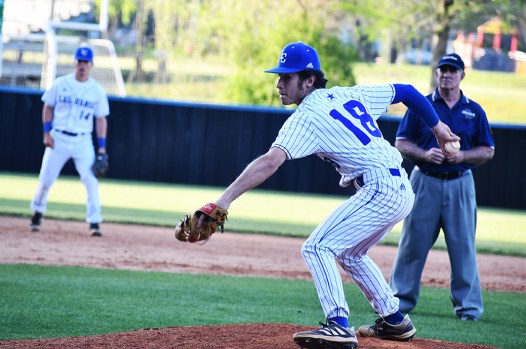 A breakthrough performance by Turner Cook helped power the LaGrange Grangers to an 11-1 home win over Landmark Christian on Monday.

Cook hit his first home run of the season and finished with two hits and four RBIs as the Grangers won for the ninth time in 11 games and improved to 15-8.

“I’ve kind of been in a slump,” Cook said. “So I’ve changed my swing, and I had a new stance going, so I felt really good.”

Cook had a two-run home run during a four-run second inning, and he also had a two-run single that ended the game in the bottom of the fifth.

“Coach (Drew) Eady made a little adjustment, and it worked for him,” said LaGrange head coach Donnie Branch. “He can hit. He’s kind of been struggling, so that was good to see.”

Colton Esposito also had a big game for the Grangers with two hits and two RBIs, and Will Alford had a hit and two RBIs.

Zack Thompson had two hits and a walk, Seth Stargell, Landon Tucker and Mason Wolfe each had a hit, Kevin Neighbors had an RBI on a sacrifice fly, and Ty Medders walked twice.

Matthew Morgan, who will likely get the ball for Friday’s game against Troup, started and pitched 3 2/3 dominant innings, holding Landmark to one hit and no runs.

Landon Tucker got the final four outs, and he worked around one hit and four walks to limit Landmark to one run.

LaGrange will host Callaway on Wednesday before welcoming Troup on Friday for a critical Region 2-AAAA game. They will play again next Monday at Troup.

In Monday’s game, LaGrange scored a run in the bottom of the second inning to take the lead.

After Tucker reached on an error and Thompson walked, Esposito came through with an RBI single.

The Grangers padded their lead with four runs in the bottom of the third.

Stargell singled and Alford walked, and with Cook at the plate, Stargell scored on a wild pitch.

Cook then got a pitch he could handle, and he drove the ball over the left-field fence for a three-run home run.

Following Cook’s homer, Tucker reached on a base hit, Thompson followed with a bunt single, and Tucker scored on a fielder’s choice by Esposito.

After Landmark scored a single run in the top of the fifth, LaGrange finished the game with six runs in the bottom of the inning, bringing the run rule into play.

Thompson got the rally started with back-to-back singles with one out, putting runners on first and second.

Next up was Neighbors, and he drove the ball deep to center field, and the ball was caught at the fence.

The Landmark outfielder was shaken up on the play, and courtesy runner Preston Pressley made a head’s up play and scored all the way from second to give LaGrange a 6-1 lead.

Later in the inning, after Esposito scored on a wild pitch, Alford’s two-run single extended the lead to 9-1, and Turner finished it with his two-run base hit to left field.