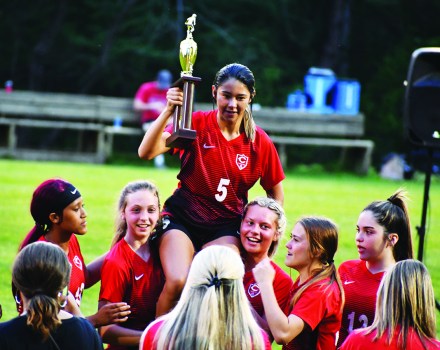 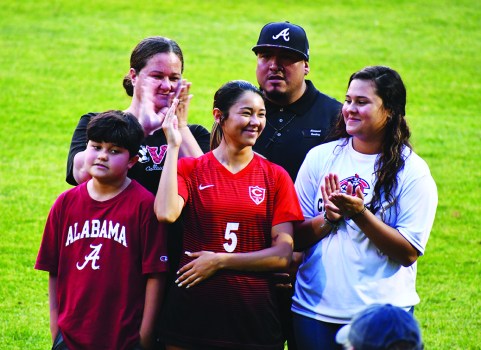 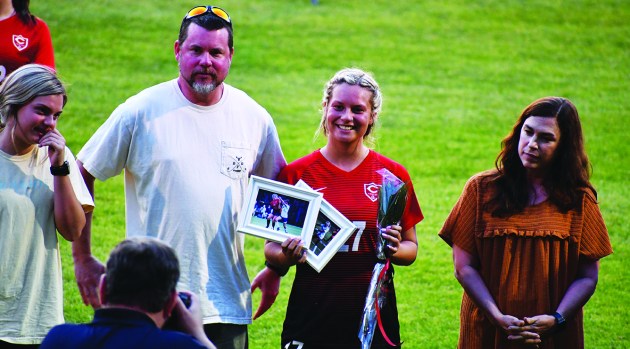 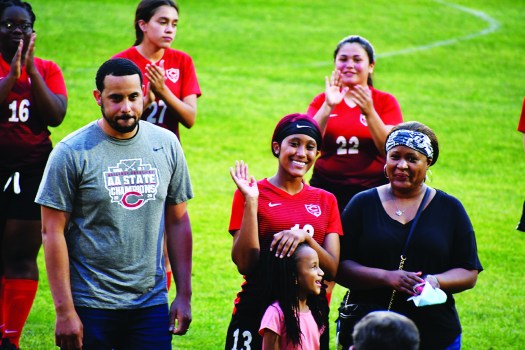 The Callaway Lady Cavaliers made sure it was a winning senior night.

In their final home game of the regular season, Callaway outlasted Chattahoochee County 2-0, and after the game seniors Marisa Acevedo, Madeline Sabens and Zy Jarrell were recognized.

Those players helped Callaway finish second in Region 5-AA and earn a home game in the opening round of the state playoffs.

Callaway will host Banks County next Thursday with a berth in the round of 16 on the line.

Callaway finished second in Region 5-AA, and Banks County is the third-place team from Region 8-AA.

“We’re hosting Banks County, and if we come out and do what we need to, and we’re driven and goal-oriented, I think we have a chance to go to the second round,” said Callaway head coach Shonna Yawn. “We’ll have to fight all the way.”

Helping lead the way are three seniors who have been key members of a successful Callaway program over the years.

On a team with a lot of inexperienced players, including some who have never played the sport before, the seniors have provided critical contributions from a leadership standpoint.

“Sometimes it gets frustrating, but they learn pretty fast, and they have grown,” Acevedo said of her inexperienced teammates.

Sabens has also seen the progress her teammates have made.

“They’ve grown a lot in the past few weeks,” Sabens said. “I’m proud. We’ve succeeded a lot, and we’ve grown from the start.”

When the season ends, Sabens and Acevedo will remain teammates since they’re both planning on joining the women’s soccer program at LaGrange College.

“It makes me not as nervous because I have somebody with me,” Acevedo said.

As for Tuesday’s game, all the scoring came in the first half.

Acevedo scored a goal for Callaway, and the other goal came when a Chattahoochee County player accidentally kicked the ball into her own net.

The Lady Cavaliers had plenty of scoring opportunities in the second half, but they were unable to get the ball into the net.

The game was a struggle at times, but the Lady Cavaliers found a way to make it a winning night.

With some players missing because of quarantine, Yawn had to shuffle her lineup.

“We had a lot of new girls out there,” Yawn said. “We had girls that would otherwise be in other positions.”

Handling adversity is something the Lady Cavaliers have grown accustomed to this season.

“We’ve been dealing with the quarantine off and on, and we’ve had red cards,” Yawn said. “It’s one of those years. You make the best of it.”