Cavaliers get it done on senior night 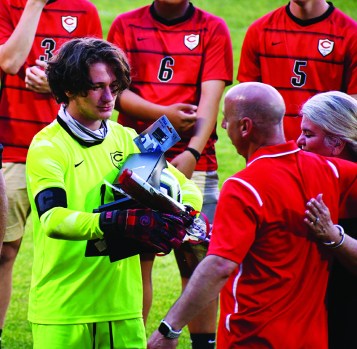 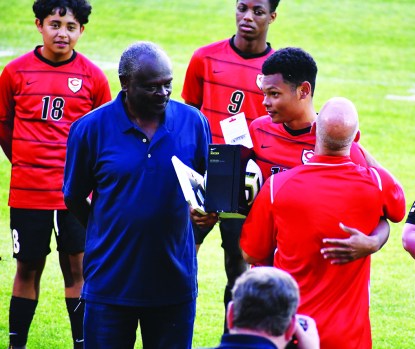 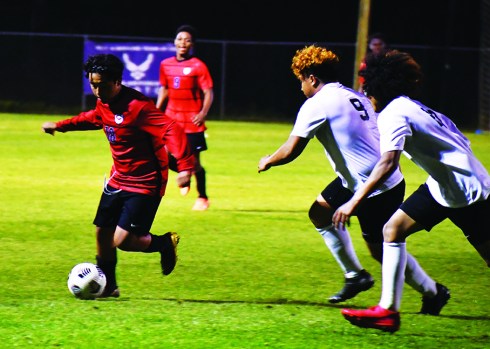 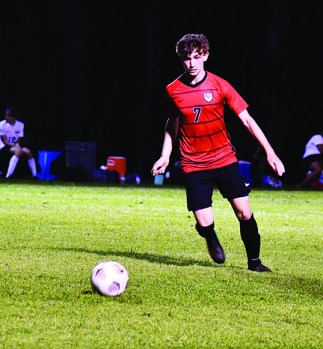 It was a familiar scene for the Callaway Cavaliers.

In recent years the Cavaliers have won their senior-night soccer games, but it has rarely been easy, and that was the case again this year.

Callaway got a penalty kick from Greyson Batchelor to take the lead with 10:50 remaining, and it made that lead stand up on the way to a 2-1 victory over Chattahoochee County on Tuesday night.

Before the game, seniors Nick Smith and John Will White were recognized, and both players contributed to the victory.

White is Callaway’s outstanding goal keeper, and he made some key saves throughout the game, including one in the closing moments following a Chattahoochee County free kick.

White plays with passion and energy, and Petite appreciates what he brings to the team.

“John Will lives and dies for this team,” Petite said. “If you can get guys to care like him, you take them by the dozen.”

White was proud of the way the team hung in there despite being short-handed with some key players missing.

“It was special, not just for me and Nick, but for all these guys,” White said. “We were down two of our best players, we lost another one earlier in the season. It feels really good.”

Smith, meanwhile, is a player who has made tremendous strides during his years in the program according to Petite.

The game was scoreless until Blake Eubanks, one of Callaway’s top offensive threats, hammered the ball home for a goal with 20:55 remaining.

Two minutes later Chattahoochee scored its goal, and the game was tied 1-1.

That’s the way it remained until Luis Trinidad was fouled, giving Callaway a penalty kick with 10:50 to play.

“He’s got a ton of skill,” Petite said of Trinidad. “He’s shifty, he’s quick, he’s got nice touch, so he was able to get inside the guy and he got fouled.”

Batchelor, who has had a stellar freshman season and is Callaway’s leading goal scorer, converted the penalty kick to give his team a 2-1 lead.

There were a few tense moments late, but the Cavaliers hung on to make sure it was a winning senior night.

“We played today with 12 guys. Some guys did some serious work out there,” Petite said. “You could tell they really wanted it tonight.”

Callaway closes the regular season with a game at Hiram on Thursday, and it will be on the road against Riverside Military Academy in the opening round of the Class AA state playoffs on April 23.

Callaway finished third in Region 5-AA to earn its state spot, and Riverside Military is the third-place team from Region 8-AA.