TCSO collect 10,000 pounds of trash around lake during clean ups 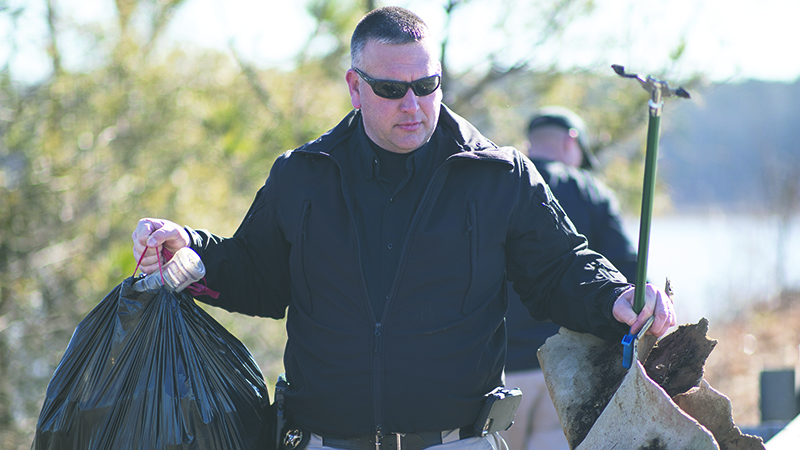 Over the span of two months, the Troup County Sheriff’s Office has collected approximately 10,000 pounds of trash from around West Point Lake during litter clean ups. --File Photo

The Troup County Sheriff’s Office is protecting the community and the environment.

For the past two months, staff, officers and inmates have volunteered to help with a litter cleanup project along the shoreline of West Point Lake.

Captain Nathan Taylor felt a calling to start the project after spending a day with his family at the lake and seeing all of the trash.

“This began as something I approached the sheriff with as an endeavor to help clean up our lake while the lake levels were low during winter,” Taylor said. “As we were not budgeted for this, I asked for volunteers from our staff to donate their time and multiple jailers and deputies donated their off-time on Saturdays. I also asked for help from the community for food for the inmate workers and staff.”

Since the lake levels have risen dramatically since the program’s start, TCSO has suspended it until the next winter pool.

Taylor said that he was not surprised with how much trash they were able to pick up over the course of the past few months.

“We would hope that people would become better stewards of what we have and ensure that their trash is disposed of properly,” Taylor said. “Also, educating our youth early to do so just like we have done with seat belts could have an impact in the future. Another option would be community cleanup events like many have been organizing but on a much larger scale. More volunteers equal more trash picked up.”

He added that he hopes this was another stepping stone in encouraging the community to keep the lake area clean.

“While we know what we did was just a drop in the bucket of the overall problem of littering, we hope that it brought attention to the issue and that citizens will begin taking a more active role in properly disposing of their trash and to help keep Troup County a clean place to live and visit,” Taylor said.