JSL raises more than $19,000 through Taste of the Town 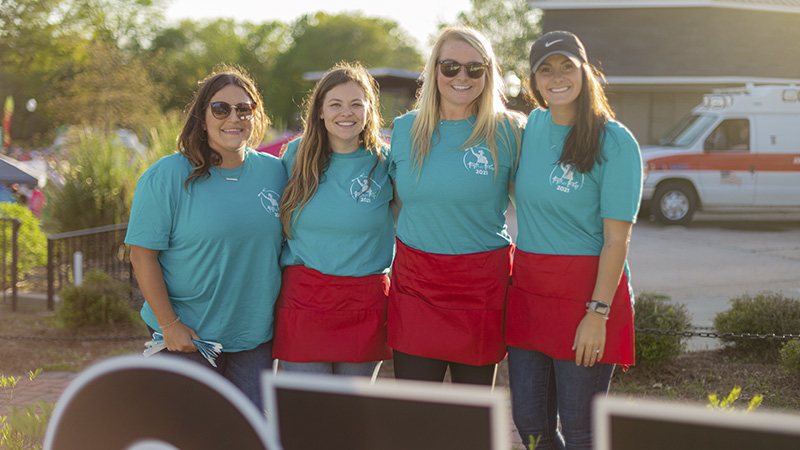 Saturday afternoon was filled with good weather, plenty to eat and drink, live music and thousands of community members mingling and enjoying the evening during the fourth annual Taste of the Town event, which was held on Overlook Plaza and sponsored by the Junior Service League of LaGrange.

This year, the money raised will go to benefit Safe Families for Children, a non-profit program of Twin Cedars Youth and Family Services, that partners with the church to temporarily care for at-risk children, while strengthening families in crisis.

The Junior Service League collected 10 percent of the proceeds from each vendor, which will be donated to the nonprofit. JSL also took donations from the crowd and allowed voting on ‘Town Favorite,’ which Your Pie won for the second time.

“We had tremendous community support,” Ferguson said. “We were a little concerned about the weather at first, but then the sun came out at 3 o’clock, and it was wonderful. The town was extremely supportive of the evening, and we had a really great turnout.”

Ferguson said she was thankful to see everyone also supporting the local restaurants and donating toward SFFC.

“SFFC has a great reputation in our community,” Ferguson said. “They are an integral part of taking care of children in Troup County. Our restaurants have had a really hard year making it through COVID, and we know every restaurant is looking for staff. I think between that and everything else, everyone just wanted to come together to show their support.”

Ferguson said that although a few vendors had to pull out before the event due to the possibility of bad storms, there was still plenty of places to eat and mingle.

“Overall, it was just such a super fun event,” Ferguson said.

“I mean we had people there until the very end. We even had to shuffle quite a few people out after the event closed, so we could clean and send our vendors home. People just really seemed to enjoy it and be with their friends and family.”

JSL had to delay the event by one hour due to weather, but Ferguson noted that they didn’t lose any donations or money because of it.

“Even with all of that, we were still able to raise quite a bit of money and are still receiving donations for SFFC,” Ferguson said. “We hope to present them with a check soon.”