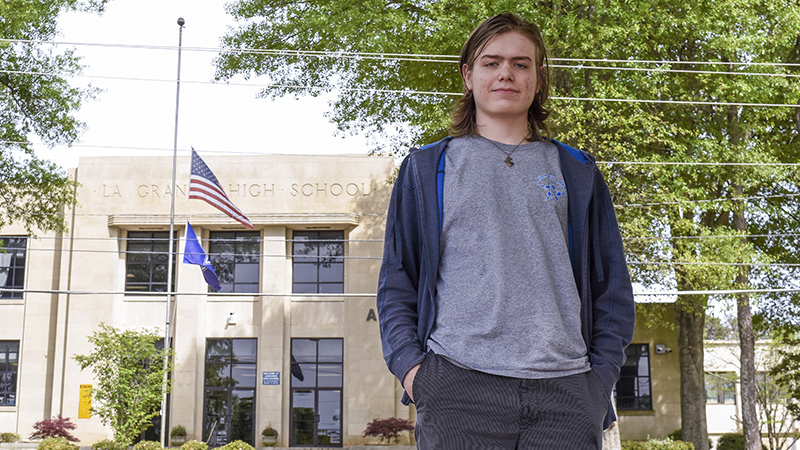 Tristian Ziegler knew there was a good chance he’d be named Troup County’s STAR student, since SAT score is typically the determining factor. Ziegler had made a 1590, nearly a perfect score, so he knew that would probably mean that he’d receive the honor.

STAR, or Student Teacher Achievement Recognition, recognizes a student from each of the Troup County high schools. The Rotary Club announced Ziegler as the winner last week during its regular meeting, though it was held on Zoom.

“I knew all the scores of everyone else in my grade, so we pretty much knew I was going to be STAR student last year,” Ziegler said.

He jokes that accepting the award on Zoom — where the faces of many of the county’s leaders were right in front of his face on a computer screen — might’ve made giving a speech a little tougher than previous years when it would’ve been in person.

“You are looking at everyone’s faces up close,” he said with a laugh.

Ziegler, the son of Cory Ziegler and Lind Senterfitt, is planning to attend Georgia Tech and major in computer science.

“I started programming back when I was in third grade, so it’s kept going since then,” he said.

He said his dream job would be working in video game design, though he realizes that might be a tough job to get.

Ziegler also participates in drama, band, and was in robotics and academic bowl before those activities were paused due to COVID-19.

Each STAR student recognizes a STAR teacher as well, and he picked LHS teacher Erin Calhoun.

According to The Professional Association of Georgia Educators (PAGE) Foundation, which oversees the STAR program, high school students must have the highest score on any single test date of the SAT taken through the March test date of their senior year and be in the top 10 percent or top 10 students of their class based on grade point average.