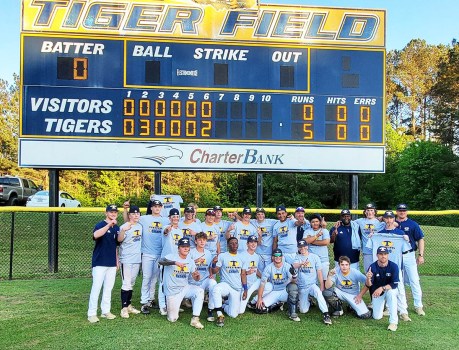 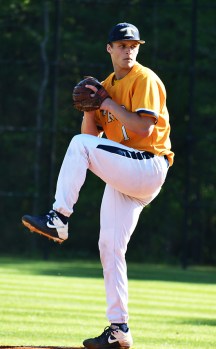 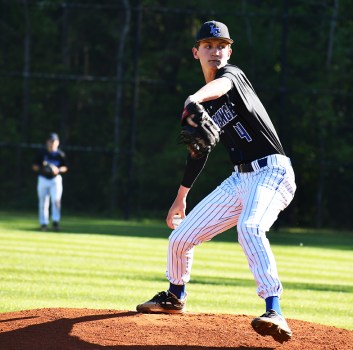 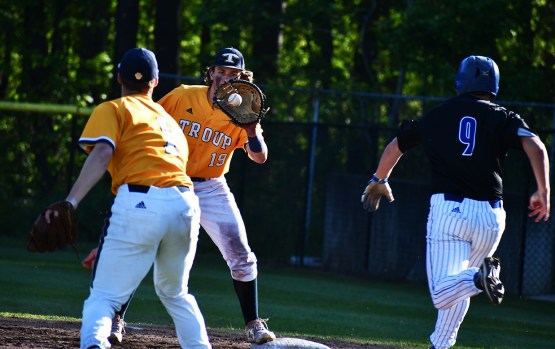 With Monday’s 5-0 home win over the LaGrange Grangers, the Troup Tigers have wrapped up the Region 2-AAAA championship.

Troup (23-2 overall) improved to 10-0 in the region with two games remaining with Jordan this week.

LaGrange (16-10 overall) is 7-3 in the region, and it will finish second if it beats Hardaway twice this week.

Troup completed a regular-season sweep of rival LaGrange, and the main storyline in both games was the lock-down pitching.

In Friday’s 2-1 win at LaGrange, Daniel Martin and Devon Murphy combined to get the job done for Troup.

In Monday’s game, Brett Haynes started and pitched six dominant innings before Murphy finished off the shutout with a scoreless seventh inning.

“They’ve got a good ball team, and it’s always tough playing those guys,” Troup head coach Tanner Glisson said after Monday’s game. “We didn’t really give them a chance to get in the game today. Throwing that zero up on the board was good. Giving up one run in 14 innings to these guys is pretty dag-gum good.”

The Tigers jumped on top with three runs in the bottom of the second inning.

Josh McDonald led off with a base hit, and Tre Mosley doubled to put men on second and third.

Next up was Ethan Morton, and he legged out an infield single to drive in the game’s first run. Two batters later, Colton Webb’s base hit knocked in two runs and gave Troup a 3-0 lead.

The Tigers capped the scoring with two runs in their half of the sixth inning.

McDonald was hit by a pitch leading off the inning, and two batters later, Morton came through with an RBI triple, and Troup led 4-0.

Next up was Daniel Martin, and he hit the ball on the ground to the left side of the infield.

The throw went home, and Morton slid in safely to give Troup a 5-0 cushion.

Morton and McDonald each finished with two hits for Troup, and Mosley and Webb had one hit apiece.

For LaGrange, Trevor Booton pitched a six-inning complete game, and he gave up five hits and five runs with five strikeouts.

Ty Medders had a double for LaGrange, and Colton Esposito and Kevin Neighbors each had a hit.

LaGrange’s best scoring opportunity came in the fifth inning when it loaded the bases with one out. With one out, Zack Thompson walked, and Esposito and Neighbors singled to load the bases, but Haynes got a strikeout and a pop-out to end that threat and keep the shutout intact.

“I thought Haynes was really good, and we had a moment or two to get in it with our best guys up there,” said LaGrange head coach Donnie Branch. “The same thing happened on Friday, and if our top guys don’t produce, we’re not very good.”

OF NOTE: For much more on Monday’s game including reaction from coaches and players, as well as a look at what’s coming up and what both teams have accomplished so far, see Wednesday’s sports section.