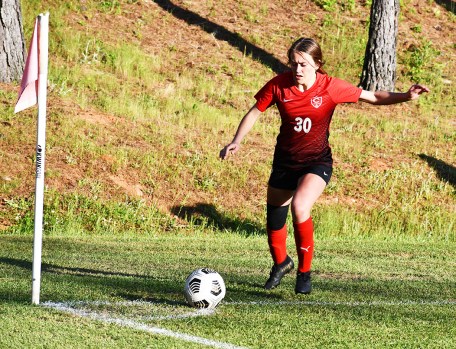 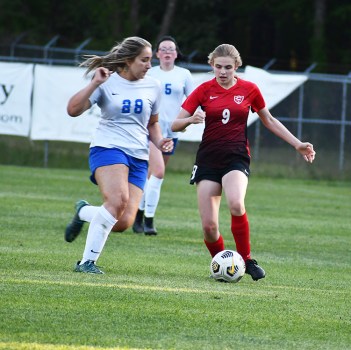 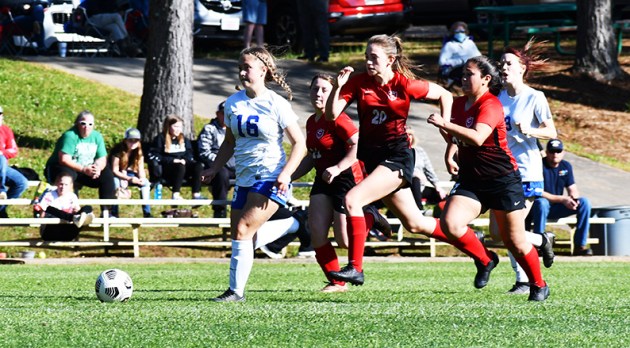 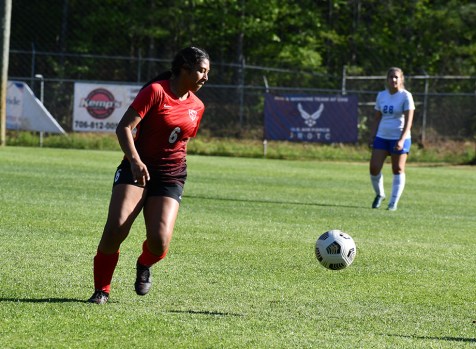 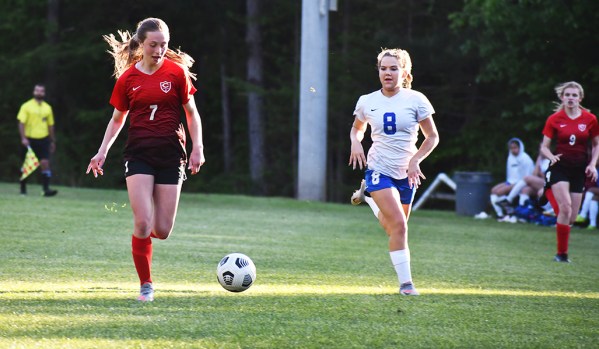 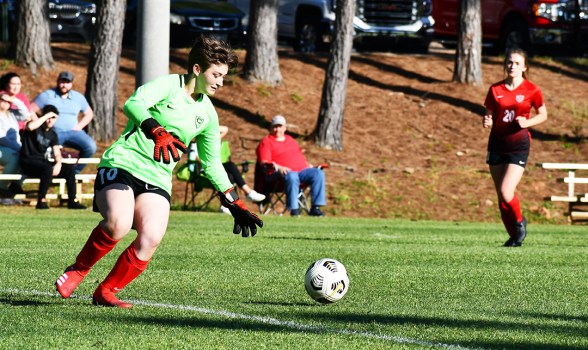 It wasn’t their night.

The Callaway Lady Cavaliers hung tough after giving up two early goals, but it was visiting Banks County earning the 4-2 victory in the opening round of the Class AAAA state soccer playoffs.

After giving up two goals in the first 13 minutes, the Lady Cavaliers twice got within one goal, but they were unable to complete the comeback.

“At the end of the day, the girls left it on the field, and that’s all you can ask for,” said Callaway head coach Shonna Yawn. “It’s a young team. It’s very freshman heavy this year.”

When the game was over, Yawn’s message to the players was to “be proud that you finished second in the region, be proud that you made it to the playoffs and had this opportunity. Embrace it, and learn from it, and grow, because now you know what you want for next year.”

Banks County scored two goals in less than three minutes to take a 2-0 lead with 27:43 to play in the first half.

The Lady Cavaliers found their footing and started having some offensive success, and Keeley McGuffin scored with 9:59 left in the first half to get her team within one.

It was the 21st goal of the season for McGuffin, who played in 14 games.

Banks County answered with a goal with less than a minute left in the half to grab a 3-1 lead and take some momentum into the halftime break.

Callaway got back within one when Katherine Barnette scored her first career goal with 33:40 left in the second half.

It remained a 3-2 game until Banks County added a key insurance goal with 10:35 remaining.

The Lady Cavaliers kept pushing, but they were unable to find the goal again, and their season came to a close.

The Lady Cavaliers faced plenty of challenges this season, but they persevered and finished second in Region 5-AA to earn a home game in the playoffs.

“It’s been one of those years,” Yawn said. “We never played a game with all of them, either because of cards, or injuries, or something. We learned to roll with the punches. One game we played with nine. That’s part of it. They really gave it their all.”