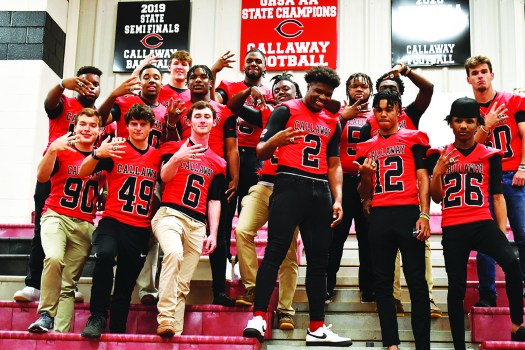 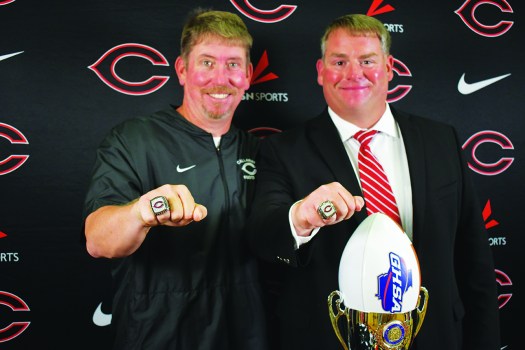 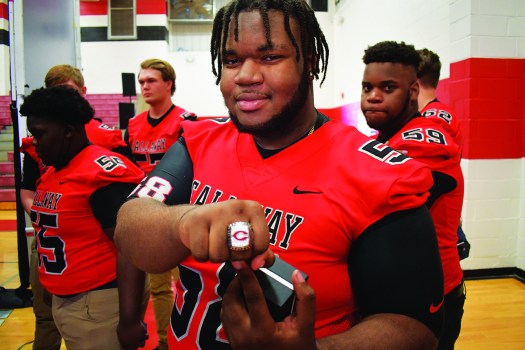 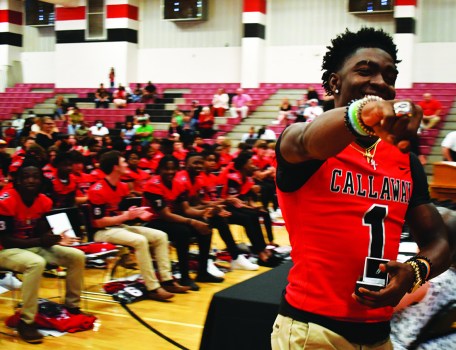 The Callaway High football team celebrated its state-championship season during a banquet and ring ceremony in the school’s gymnasium on Sunday afternoon.

Callaway, after reaching the state semifinals in 2018 and 2019, broke through and won it all last year with a 22-17 victory over Fitzgerald in the Class AA championship game.

During Sunday’s ceremony, each one of the players and coaches received a state-championship ring, giving them all a long-lasting reminder of a special season.

“All that time, all that work, it’s here,” Callaway head coach Pete Wiggins said moments before the ring ceremony. “I’ve heard it 1,000 times. Coach, when are we going to get those rings? Well, you’re fixing to get them. Are you ready?”

Among the players who received his ring was senior Jalin Shephard, who was one of the state’s top players as a wide receiver, defensive back and punter.

“At the beginning of the season, I never thought we’d get here dealing with COVID,” said senior Jalin Shephard. “To be here and have the ceremony with my guys, and be with them for the last time, it’s a special moment.”

“All the hard times, and all the adversity, and knocking on the door, and being so close, to finally get here means a lot,” said quarterback Demetrius Coleman. “It’s good to be here one more time with my brothers.”