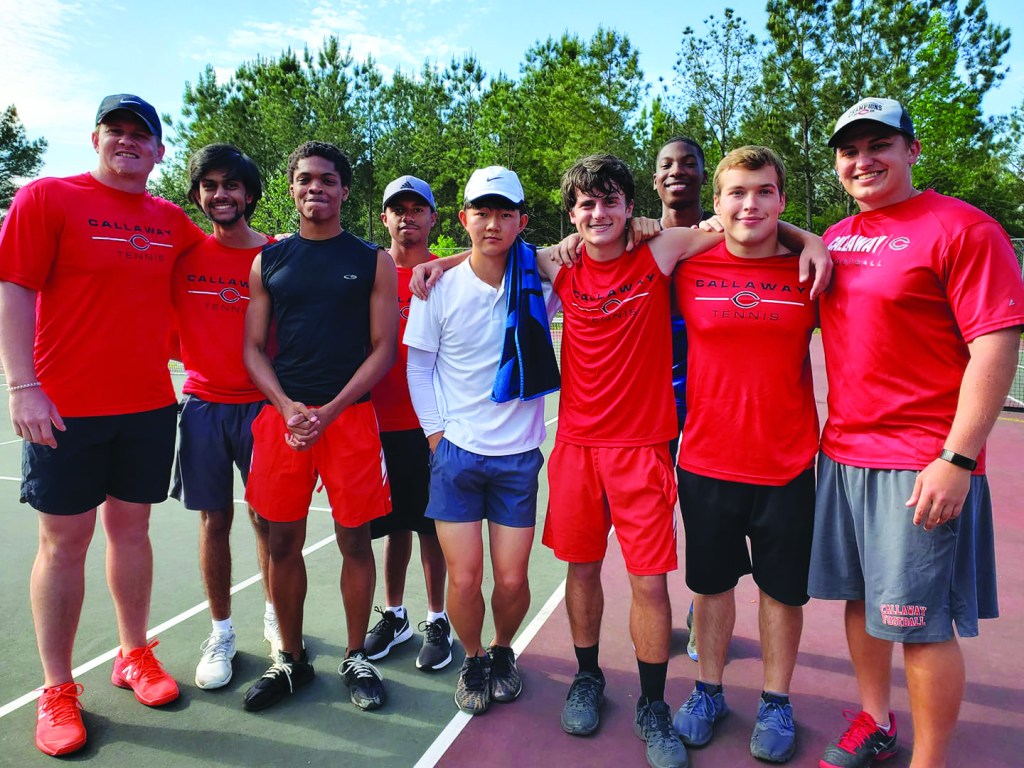 The Callaway Cavaliers have been here before.

In 2019, Callaway’s boys’ tennis team advanced to the third round of the Class AA state tournament before losing to Thomasville.

Flash forward two years and the Cavaliers are back in the third round, and they’re hoping for a different outcome this time around.

Callaway, which beat Gordon Central in the second round last week, will be on the road against Bleckley County on Tuesday.

Callaway, which won the Region 5-AA championship, had a first-round bye in the playoffs before beating Gordon Central 3-2 last week.

Bleckley County, the top seed from Region 3-AA, has beaten East Laurens and Berrien to reach the third round.

Callaway was pushed the limit by Gordon Central.

With each team having won two matches, it came down to the number three singles match, and senior Matthew Martin won a three-set thriller to lift his team into the third round.

“These guys are my best friends, and these coaches, they love us all, and they’re always teaching us to do our best for every point,” Martin said. “It means a lot that I was able to do this for us and move us on to round three.”

Also winning for Callaway was number one singles player Alex Cho, as well as the number two doubles team of Caden Prather and Michael Jordan.

Prather, a standout on the Callaway football team that won a state championship, has enjoyed being a first-year member of the tennis team.

“I look forward to coming to practice every single day,” Prather said. “It’s been a lot of fun. I’ve been making a lot of memories.”

Also competing for Callaway was number two singles player Sir-Michael Johnson, and the number one doubles team of Andreous Ionakapu and Zikei Brooks.