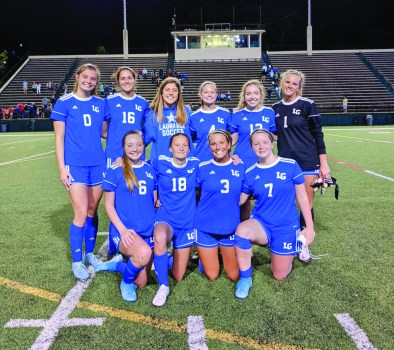 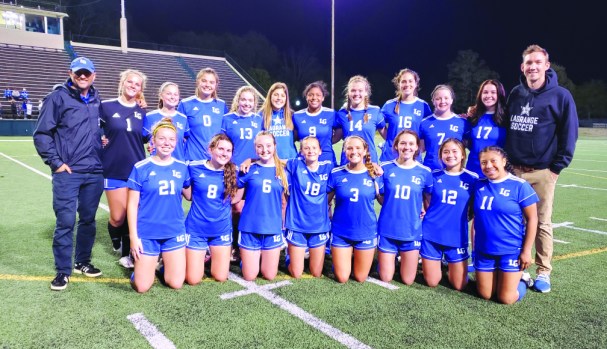 For five seasons, they’ve played alongside one another, enjoying a lot of success and making plenty of pleasant memories, both on the field and off.

Now, the end of the road is nearing for the seniors on the LaGrange High girls’ soccer team, eight of whom have been playing together since they were in the eighth grade.

LaGrange, which had a first-round bye in the Class AAAA state playoffs, will be on the road against Perry on Wednesday for a second-round showdown.

If LaGrange beats Perry, it would face Flowery Branch or Marist in the third round with a spot in the semifinals on the line.

Lily Skipworth transferred to LaGrange from Lafayette Christian for her junior season, and Myah Kuhn has been on the team the past few seasons.

“It’s incredible to have that many people stick around for so long,” Ross said. “It’s not just knowing each other. So many of them are best friends. They do everything together.

During the regular-season finale against Smiths Station, most of the 10 seniors were on the field for the entire game, and LaGrange won 2-1.

“Against Smiths Station, we played the majority of that game with all 10 of our seniors on the field, and they were able to win that game,” Ross said. “They just want to work for each other, and sacrifice for each other.”

It has been another successful season for a program that has thrived under the leadership of Ross and fellow coach Andy Fritchley.

LaGrange won three consecutive region championships from 2017 to 2019, and it was denied a chance to make it four in a row when the 2020 season ended early because of COVID-19.

This year’s team was looking to add another region title to the collection, but that hope ended with a 4-1 home loss to Columbus on March 18.

Since that loss, LaGrange has gone 5-0-1, and it heads into the playoffs on a high note.

“We went in and played a very good Auburn team, and tied Auburn, and then beating Smiths Station was a big result, because they’re a tough team to play,” Ross said.

Earlier this season, LaGrange played some other quality teams with the hope of having the players fully prepared for the rigors of state play.

“We played East Coweta, and they’re always a good team,” Ross said. “We went to the Lakeshore tournament in Birmingham. We played Oak Mountain in the first game, who is currently number three in the nation for all girls’ soccer. They’re an unbelievable team. We played another great team after that. So, all of our losses have come against very high-level teams.”

Perry will be another quality opponent for LaGrange.

“We’ve watched a lot of film on them. They have a great core group of players,” Ross said. “It’s definitely going to be a game that potentially go either way.”