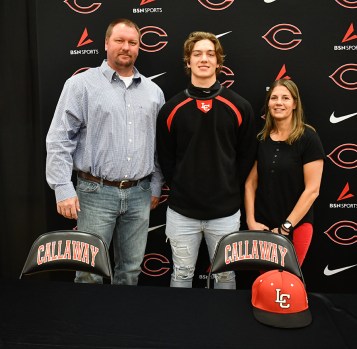 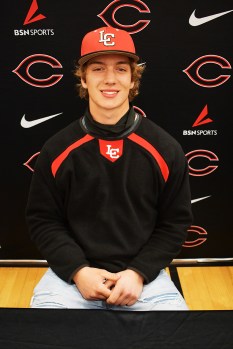 Kaden Rogers will be going from one winning baseball program to another one.

Rogers, a senior standout for the Callaway Cavaliers, will enroll at LaGrange College after graduation where he will join coach David Kelton’s ultra-successful program.

“It’s great to get continue to play the game I love,” Rogers said.

Rogers is a first baseman for Callaway, which beat Union County on Thursday to advance to the second round of the Class AA state playoffs.

Callaway head coach Dusty Hubbard appreciates everything Rogers brings to the program, on the field and off.

“He’s a good player. Colleges don’t sign bad players,” Hubbard said. “But it’s so refreshing to be able to sit here and talk about what a good person he is. He’s one of those people that makes people around him better, not only as a player, but as a person. That goes a long way in life. I know coach Kelton over at the college is excited about getting Kaden, and he’s looking forward to working with him.”

Rogers was a part of the Callaway teams in 2018 and 2019 that reached the semifinals of the Class AA semifinals before falling short.

The 2020 season was unfortunately cut short because of COVID-19, and Prather and his teammates were denied a chance to make another state run.

Rogers said it has been “special” to be able to have a full season, and “It really shows you that you can’t take anything for granted in life.”

While Rogers has exceled on the playing field, Hubbard pointed out that he is a high-achiever in the class room as well.

“The thing I want to stress, I watch how he handles his academics, and how important those things are to him,” Hubbard said. “He’s in this position right now because he handled it from the get-go. It was important to him, and he made that a priority in life, and that’s what’ll take him past baseball.”

While Rogers is looking forward to his college journey, his time as a Callaway baseball player isn’t done.

Callaway will visit Pepperell on Tuesday with a berth in the final eight of the state playoffs on the line.