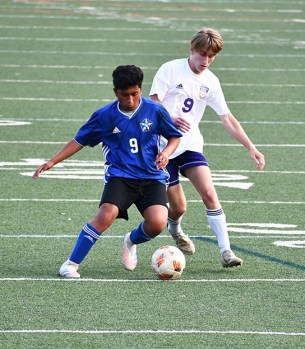 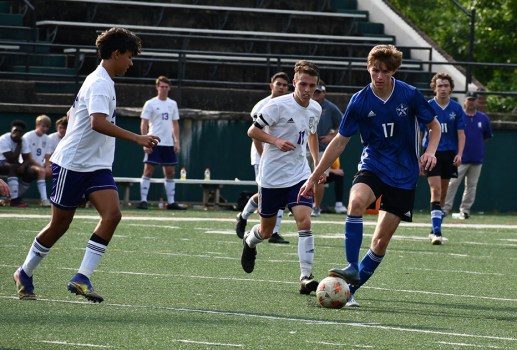 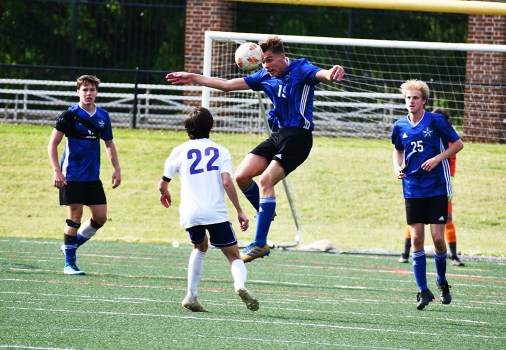 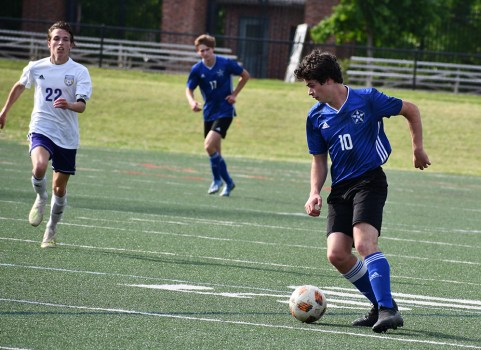 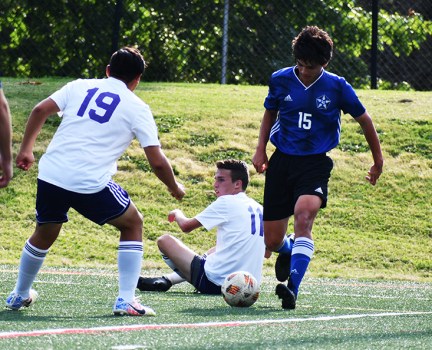 There are eight soccer teams left standing in the Class AAAA state playoffs, and the LaGrange Grangers are one of them.

LaGrange, playing before the home fans on a warm Thursday evening at Callaway Stadium, overwhelmed Bainbridge 5-0 to reach the final eight o the state playoffs for the first time in more than a decade.

Next up for LaGrange will be a road test against East Hall on Wednesday, with the winner earning a spot in the state semifinals.

It’s a team with lofty expectations, and senior Pearson Knight said the pursuit of a state championship is something many of the players were focused on well before they were in high school.

“That’s what we’ve been saying since we were little,” said Knight, who scored two of LaGrange’s goals against Bainbridge. “When we’re in high school, let’s win state. Last year we didn’t really get the chance (because the season was canceled). Maybe this is the year.”

Cason Blackburn, LaGrange’s senior goal keeper, said “we’re all playing for each other. We’re a team, and that’s fun.”

LaGrange reached the second round of the playoffs in 2018 and 2019, only to lose to Marist both years.

LaGrange, which had a first-round bye, cleared that second-round hurdle in impressive fashion against Bainbridge, which beat Westover 10-0 in its playoff opener.

The Grangers led 3-0 at the half, and they tacked on two more goals in the second half to win going away.

“We’re playing pretty good. I’m pretty happy,” said LaGrange head coach Shane Pulliam. “I’m not too mad about some of the stuff I saw. I don’t think we played very clean, so that’s something we want to work on. Our touch wasn’t very good in the first half, but I thought we played better then second half. I thought our touch was better.”

While Knight led the Grangers with two goals, Dominys Bonilla, Tripp Hollstrom and Davis Knight each had one goal.

Hollstrom also had two assists, and Jacob Rogers, Caleb Kostial and Julian Santiago each had one assist.

It took the Grangers less than three minutes to notch the first goal, with Pearson Knight scoring on an assist from Rogers.

With 18:30 left in the first half, Bonnilla scored on a throw-in from about 30 yards out.

The throw-in glanced off the goal keeper’s hands and into the net, and LaGrange led 2-0.

Hollstrom capped the first-half scoring with his 18th goal of the season on an assist from Kostial, and the Grangers took a 3-0 lead into the locker room.

Less than nine minutes into the second half, Pearson Knight scored again with Hollstrom assisting, and it was his 19th goal of the season.

With 48 seconds to play, Davis Knight scored his 11th goal of the season on an assist from Santiago.

Pulliam was thrilled to see Santiago, a senior who doesn’t get that much playing time, get to have that moment.

“Julian comes in and gets an assist, which is huge for me,” Pulliam said. “He probably won’t play anymore. He came in in the second round of the state playoffs and got an assist. That’ll be his moment. That’s what I love.”

It was a complete performance for the Grangers, who dominated the game from the first minute to the last.

“We’ve been playing with each other our whole lives, and it shows. It pays off,” said Pearson Knight. “We came out focused and with a lot of confidence in ourselves.”