Cheeto getting his chance 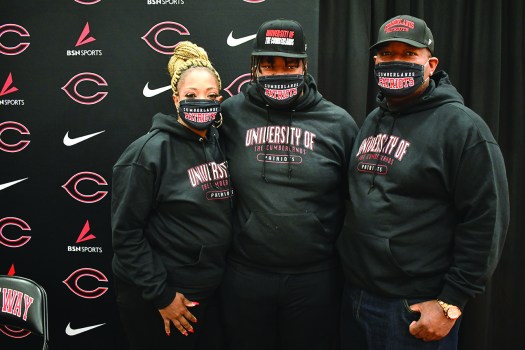 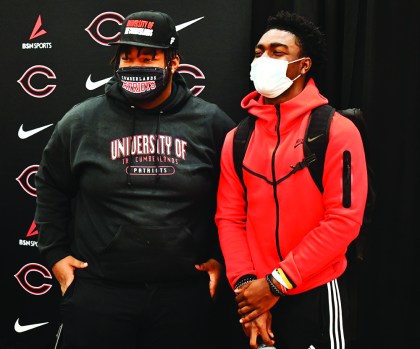 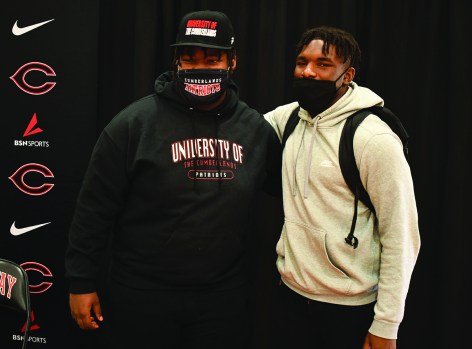 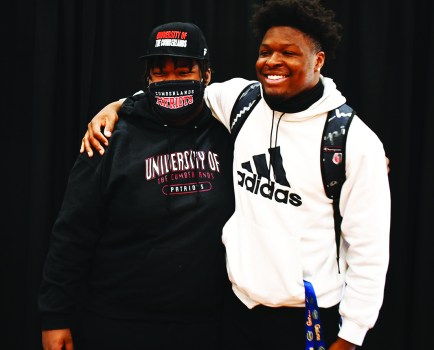 Lathan “Cheeto” Patterson is getting his chance to keep playing a game that means so much to him.

Patterson, a standout offensive lineman on the Callaway football team that won a state championship last season, has signed a letter of intent to play college football at the University of the Cumberlands in Kentucky.

Patterson made it official during a ceremony in the school’s gymnasium, with fellow college signees Kaden Rogers (baseball/LaGrange College) and John Will White (soccer/Point University) also participating.

Most of Callaway’s football signees were a part of the national signing day ceremony in February, but Patterson was unable to participate.

Patterson’s big day finally came more than two months later, and he’s confident he found a program that works well for him.

Cumberlands is a two-year program, so in a year or two Patterson will be able to transfer to a four-year school.

“Cumberland has a winning program, and I thought I’d fit in there,” Patterson said. “I’m

used to coach (Pete) Wiggins’ program, so I thought that was the best choice for me.”

The Pattersons have been a big part of the Callaway football program for years.

Patterson had two older brothers that played at Callaway, and his mother Winnisia has helped prepare pre-game meals for the team for a decade.

“It’s been very special, and we hate to see you go,” Callaway head coach Pete Wiggins told Patterson. “Cheeto, your charisma throughout the four years, your work ethic on the offensive line really anchored that spot. The toughness, the physicality, the mental toughness of a group of guys (on the offensive line) were really instrumental in winning a state championship.”

Patterson, who earned his nickname Cheeto when he was a freshman while munching on the snack of the same name, grew up watching his brothers Lorenzo and Lavaris play football at Callaway.

While Patterson isn’t related by blood to any of the men he’s played alongside at Callaway, he nonetheless considers them to be family members.

“All these boys are my family,” Patterson said. “They’ll always be my brothers. No matter how far away we get, we’ll be brothers.”