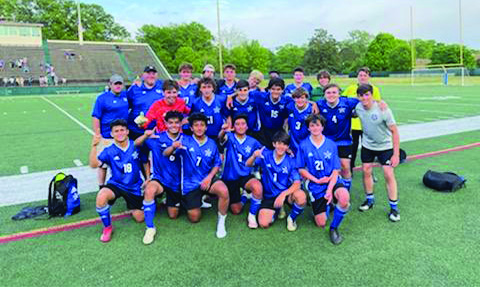 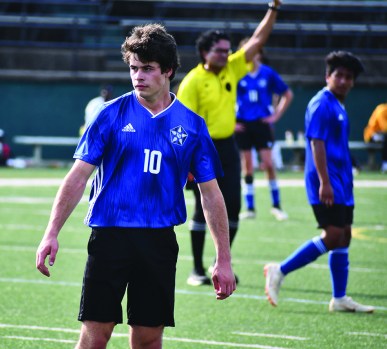 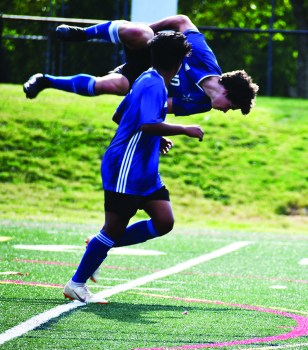 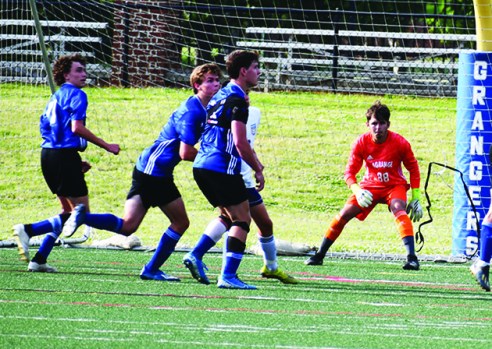 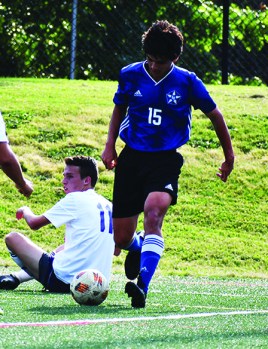 They’re one win away from making history.

The LaGrange High boys’ soccer program has a winning pedigree, but the team has never advanced to the semifinals of the state tournament.

The Grangers will have a chance to change that on Wednesday.

If LaGrange beats East Hall, it would host Islands or Flowery Branch with a berth in the championship game on the line.

“If we win this game, we’ll be at home,” said LaGrange head coach Shane Pulliam while watching his players practice on Monday. “I’ll remind them today, if you want to come back here (to Callaway Stadium), you have to win.”

LaGrange, after winning the Region 2-AAAA championship with an unbeaten record, had a first-round bye in the playoffs.

Facing Bainbridge in the second round, LaGrange surged to a 3-0 halftime lead, and it added two more second-half goals to win 5-0.

Pearson Knight had a pair of goals for LaGrange, and Tripp Hollstrom, Dominys Bonilla and Davis Knight had one goal apiece.

LaGrange also kept Bainbridge from getting many good offensive looks itself, and senior goal keeper Cason Blackburn made three saves.

The challenge grows more difficult with each passing game, and next up for LaGrange is an East Hall team having a terrific season.

East Hall, after winning the Region 8-AAAA title, beat Hampton 10-0 in the first round of the playoffs before outlasting Druid Hills 2-1 in the second round.

Pulliam has prepared his players not only for what they’ll see on the field, but for what will be waiting for them in the stands.

“Flowery Branch said there were 750 at their game (against East Hall),” Pulliam said. “They’ve got drums beating, and horns blowing. So I told them this will be the biggest crowd you’ve ever played in front of.”

The good news for the Grangers is that they should have a boisterous cheering section of their own.

“We’ll have a fan bus, and we’ll have a bunch of our Blue Crew and our students coming up, so they’ll be there to support us,” said senior Davis Knight. “It’ll be a whole lot of fun hearing them by our side, even with the other crowd.”

The Grangers are in the quarterfinals for the fourth time in program history, and for the first time in more than a decade.

“I’m very excited,” Hollstrom said. “I think we have a great shot at winning this game, and winning it all. If we play as a team we’ll do great, and it’ll be a lot of fun.”

The pressure will no doubt be on, but Blackburn wants to make sure all of his teammates enjoy the moment.

“Usually before a game, we’re focused,” Blackburn said. “I tell them to be focused, but go have fun. It’s a game, and it’s fun to play.”

While the Grangers may have never made it past this point in the playoffs, they are no strangers to success.

The program excelled under previous head coach Keita Placide, and it has continued to thrive under the leadership of Pulliam, who is in his fourth season at LaGrange.

The Grangers won region titles in 2019 and 2021, and they were likely headed for one last year but the season was canceled because of COVID-19.

LaGrange reached the second round of the playoffs in 2018 and 2019, but it had the misfortune of running into Marist both of those years.

The Grangers have kept the good times rolling this season.

The Grangers haven’t had any trouble scoring, averaging more than four goals per game, and they’ve only allowed 25 goals in 19 games.

Pearson Knight and Hollstrom have done a lot of the scoring this season with a combined 36 goals.

Pearson Knight, after his two-goal effort against Bainbridge, leads the team with 19 goals, and Hollstrom is close behind with 17.

Davis Knight is also in double figures in goals with 11, and Bonilla and Jan Alvarado have four goals apiece. Toni Sosa, Jason Recinos, Caleb Kostial, Bryce Kuhn and Owen Quimbayo each have three goals, and Cameron Carter and Jacob Rogers have each scored twice.

While the Grangers have plenty of gifted players, a key to their success is the chemistry they have developed.

That bond has been created not only during the season, but in the offseason when many of the players are competing in three vs. three tournaments.

When Pulliam came to LaGrange, he started the Sea Turtles program, offering local players a chance to compete in three vs. three tournaments across the Southeast.

Many of the current LaGrange players got to learn how to play with each other through three vs. three soccer.

“I think it helps with our movement, and knowing where our teammates are going to be all the  time,” Hollstrom said. “The three vs. three is a fun way to bond, and it helps us.”

Pearson Knight said the offseason activities help the players “develop a friendship, and it really helps with our chemistry. We’re so close.”

WHAT: Third round of Class AAAA state playoffs

UP NEXT: The winner will face Islands or Flowery Branch in the semifinals