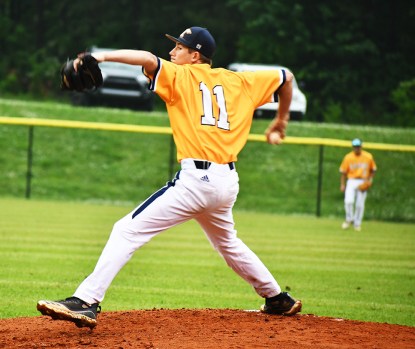 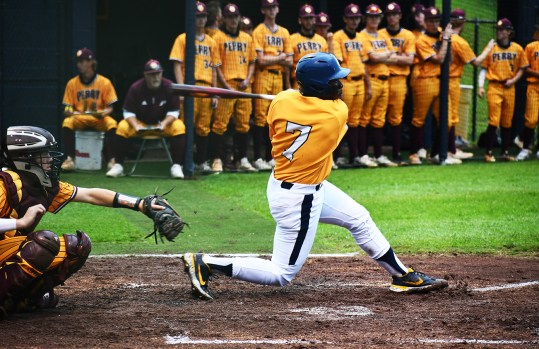 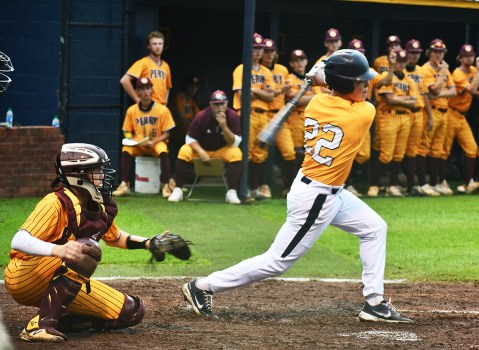 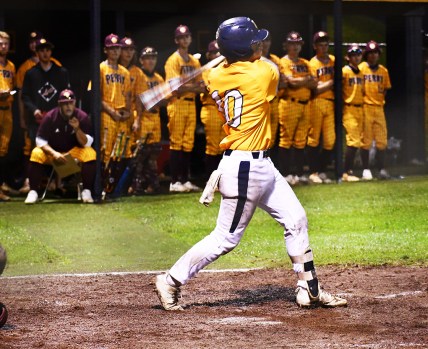 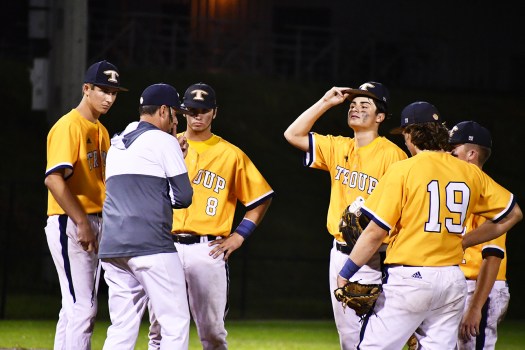 A marathon day had a happy ending for the Troup Tigers.

In a game that had a handful of weather delays and ended shortly before midnight, more than five hours after it began, the Troup Tigers erased an early four-run deficit and beat Perry 9-4 in the opening game of their Class AAAA state-playoff series.

Game two will be on Tuesday at noon, and if needed, a third-and-deciding game would follow.

Daniel Martin overcame some early difficulties to earn the complete-game victory, and Troup scored seven runs in the fourth and fifth innings combined to take control.

“We got down 4-0, Daniel didn’t have his best stuff, and we made a couple of errors that we wouldn’t typically make against a good team,” said Troup head coach Tanner Glisson, whose team improved to 28-3. “We just kept fighting and came up with some big hits. This team’s resilient.”

The game was originally supposed to begin at 4:30 p.m.,

but that start time was pushed back to 6 p.m.

During the game, the players had to deal with three weather delays, including one that lasted more than two hours.

Despite that, Martin went the distance, and he didn’t allow a run after Perry scored three times in the third inning to take a 4-0 lead.

After giving up a bases-loaded triple in the third inning, Martin went back to pumping in strikes like he always does.

“I was just going to throw strikes, and if they hit the ball, they hit it,” Martin said. “You won’t have any success not throwing strikes. That was my main focus.”

“With that guy, coming in the first two innings having to pitch, and then taking three breaks, warming up each time, it’s hard,” Webb said. “That’s just really good by him. He had control of his pitches.”

Martin faced a little trouble after allowing back-to-back singles to start the sixth inning, but he worked his way out of the jam with no runs scoring.

The inning ended when shortstop Devon Murphy caught a line drive and stepped on second base for a double play.

At the plate, Hunter Kitchens had two hits and an RBI, Tre Mosley had two doubles and two runs scored, Webb had a hit and two RBIs on sacrifice flies, Mason Atkinson had an RBI single, Reed Morris had a hit and an RBI on a bases-loaded walk, Devon Murphy and Brett Haynes each had an RBI, and Josh McDonald had a hit.

The Tigers faced their share of adversity, but as has been the case throughout this memorable season, they found a way to come away with the win.

“They’re just good character people,” Glisson said. “That’s what we try to establish. Those guys bought into it, and so far, it’s been the right recipe.”

Early on, everything was going Perry’s way.

After scoring a single run in the first inning, Perry surged to a 4-0 lead on a three-run triple by Tristan Freis in the top of the third.

The Tigers got one of those runs back in their half of the third inning.

Atkinson reached on error leading off, and he later scored on a passed ball, cutting Perry’s lead to 4-1.

Martin set Perry down in order in the top of the fourth, and Troup went to work in the bottom of the inning, scoring four runs to take the lead.

Morton and Mosley got things going with back-to-back walks with one out, and Kitchens followed with an RBI single to make it a 4-2 game.

After Haynes was hit by a pitch and Murphy walked, Morris walked with the bases loaded to bring in a run and cap the four-run ally.

Martin had another one-two-three inning in the top of the fifth, and Troup took control with three runs in the bottom of the inning.

Morton was hit by a pitch leading off, Mosley reached on an error, and Kitchens legged out an infield hit on a bunt to load the bases.

Webb’s second sacrifice fly of the game gave the Tigers a 6-4 lead, and two batters later, Haynes reached on an error to drive in another run.

The Tigers capped the scoring with a run in the bottom of the sixth.

Mosley doubled with one out, and pinch-runner Dwartney Wortham scored on a passed ball, and Troup led 9-4.