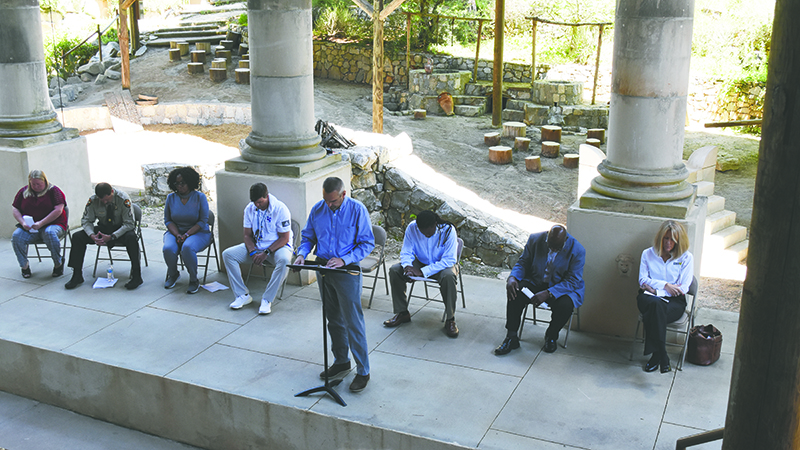 Community members came together Thursday at the Biblical History Center to pray for our community, our country and more.

The event was held as part of the annual National Day of Prayer.

After three members of the Troup High School JROTC marched onto the stage, everyone recited the pledge of allegiance.

The pledge was followed by a series of heartfelt prayers. In the middle of them, singer and guitar player Kenyetta Cotton sang a song about having to choose between God and worldliness. When she finished, the crowd burst into enthusiastic applause. After the rest of the prayers, Cotton led the crowd in singing “God Bless America.”

“This is another way to bring the community together and be on one accord,” Dunn said.