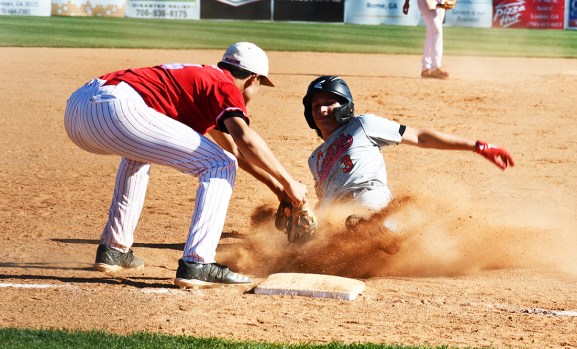 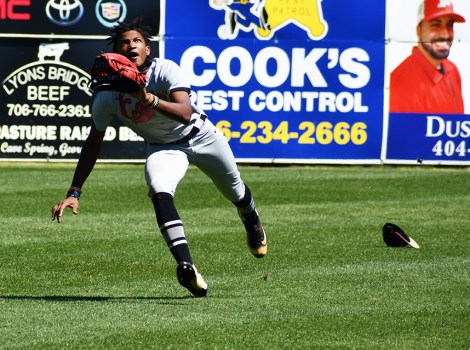 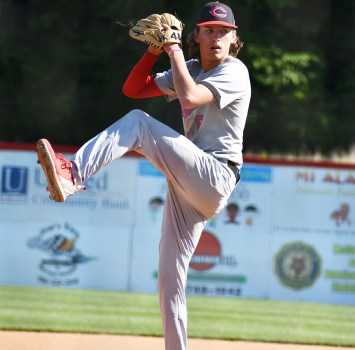 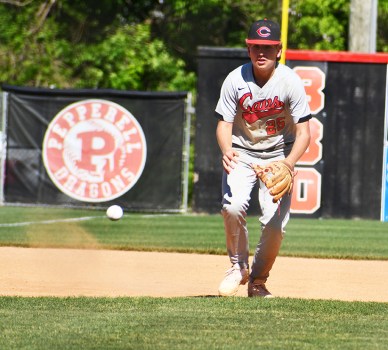 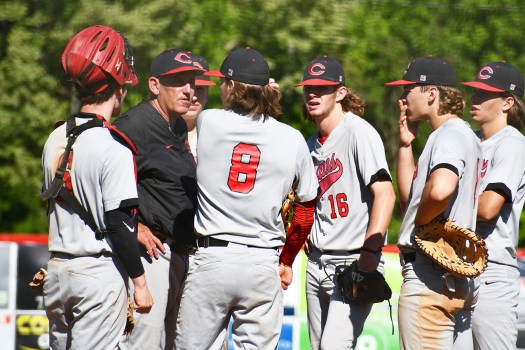 LINDALE – Whatever could go wrong, seemingly did go wrong for the Callaway Cavaliers in the opening game of their playoff series against Pepperell.

The Cavaliers made mistakes in just about every phase of the game, and the Dragons rallied from a 5-3 deficit to win 12-6 and take the first game of the best-of-three series.

Fortunately for the Cavaliers, they did not have to wait long to make amends for their game one performance.

About 30 minutes after the conclusion of the first game, the teams returned to the field, and it was all Callaway.

The Cavaliers exploded for five first-inning runs, and they rolled from there to a 10-0 victory to win game two and force a winner-take-all game three on Friday at 5 p.m.

The winner will advance to play Thomasville in the quarterfinals of the Class AA playoffs.

Tucker Starling, who pitched a five-inning shutout in game two, said the realization that the season could be over combined with the need to deliver a more Callaway-like performance was more than enough motivation.

“It’s win or go home, so that kind of pushed us, but there was the pride also,” Starling said. “That’s not us. That first game was really rough. We’ve got to show coach (Dusty)

Hubbard and them that we can play a lot better than that first game.”

The Cavaliers certainly accomplished that.

Starling did his part with five superb innings, holding the Dragons to one hit while striking out five batters, and the defense was flawless behind him.

The Cavaliers also got it done at the plate, with Andrew Locke leading the way with three hits and two RBIs, and five of the team’s eight hits went for extra bases.

“I thought the only thing we did halfway decent in the first game was swing the bats,” said Callaway head coach Dusty Hubbard. “We ran the bases awful, we pitched awful, we played defense awful, and that’ll get you beat 12-6.”

It was clearly a different story in game two.

“We cleaned up some of that stuff in the second game and gave ourselves another day, and that’s all you can ask for,” Hubbard said.

The Cavaliers jumped all over the Dragons in game two.

After Starling worked around a leadoff single in the top of the first to hold Pepperell scoreless, Callaway batted around in the bottom of the inning to score five runs.

The question of if there would be any lingering negative impact from game one was answered in emphatic fashion by the Cavaliers.

“That was big,” Locke said of surging to the early lead. “As soon as we did that they were down, and we kept them down.”

The Cavaliers added two more runs in the bottom of the second, and single runs in the third, fourth and fifth innings.

When Nate Lee knocked in a run with an RBI single in the fifth inning, the game ended because of the run rule.

Starling, armed with a big lead, kept pumping in strikes, relying on the men behind him to make plays, and they did consistently throughout the game.

“Whenever you’re up 5-0, you can live with fastballs and let them put it in play, and if they continue to hit you, you can mix other pitches up, but it’s mainly just throw strikes,” Starling said.

Starling was also a key part of the Callaway offensive attack with a leadoff triple in the fourth inning that led to a run, and he added a sacrifice bunt and a walk.

Locke did his part as well with three hits, including two doubles, and his two-run single in the first inning gave Callaway a 3-0 cushion.

Leadoff hitter CJ Stephens had an RBI double in the third inning, and he also reached on an error and walked and scored two runs.

Bryce Hubbard had an RBI double during the five-run first inning, and he also walked and scored two runs.

Justin Moore, Callaway’s cleanup hitter, had an RBI single in the fourth inning, and he also reached on a walk.

Kaden Rogers, who hit a home run in the first game, walked with the bases loaded in the first inning to drive in a run, and Blake Sheppard had an RBI on a fielder’s choice in the second inning.

Lee, making a pinch-hitting appearance in the fifth inning, drove the ball into the outfield for a game-ending RBI single moments after Hubbard doubled and moved up to third on Will Cavender’s sacrifice bunt.

Cavender also reached on an error in the first inning and scored the Cavaliers’ fourth run.

It was a complete performance, and players who struggled in the first game rebounded in a big way in game two.

One of those players was Moore, who was the starting pitcher in game one, and he was pulled in the third inning after giving up three runs and throwing 60 pitches.

After moving to third base, Moore also had a costly defensive miscue that allowed three Pepperell runs to score.

Before the start of game two, though, Moore met with Starling and assured him that things would go differently.

True to his word, Moore was exceptional defensively from the shortstop position, and he had a productive day at the plate that included an RBI hit.

“Justin really struggled the first game. I know him, and he was down,” Starling said. “That second game, he approached me on the mound that very first inning and said I’m good now, I’ve got your back. He made four or five big plays (at shortstop), and he had a big hit.”

In game one, the Cavaliers had some offensive highlights, although it wasn’t enough to overcome the shaky pitching and defense and some base-running miscues.

Kaden Rogers, a senior who is set to play college baseball at LaGrange College, had two hits, including a towering two-run home run in the top of the fourth inning that gave Callaway a 4-3 lead.

Moore had a two-run single that gave the Cavaliers a 2-0 lead in the third inning, and he also walked twice.

Locke added an RBI groundout in the fifth inning that gave the Cavaliers a 5-3 lead, and Locke drove in another run when he reached on an error in the top of the seventh.

The Cavaliers had a 5-3 lead after scoring in the top of the fifth, but it all came apart in the bottom of the inning.

The Dragons scored six runs to take a 9-5 lead, and the Cavaliers committed three costly errors in the inning that allowed five of those runs to score.

Moore and Hubbard, who have had outstanding seasons on the mound, combined to give up seven runs in 4 2/3 innings.

After Brantin Swanson got the final out in the fifth inning, Garrett Huckleberry pitched a scoreless top of the sixth.

While pleased with the game two performance, Dusty Hubbard knows how close his team was to pulling off the sweep.

“Part of you looks back and you’re up 5-3 in the first game and you’ve got to handle that, but that’s not the