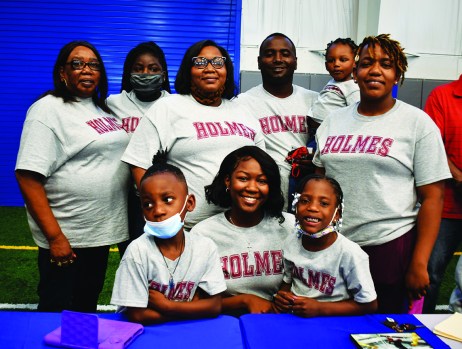 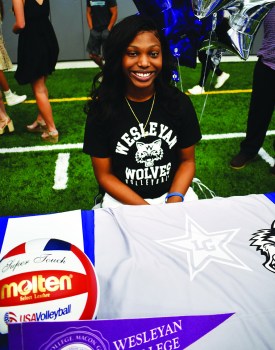 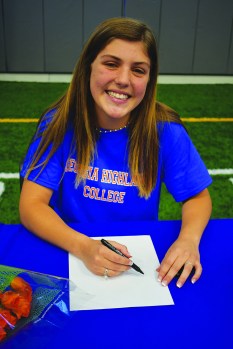 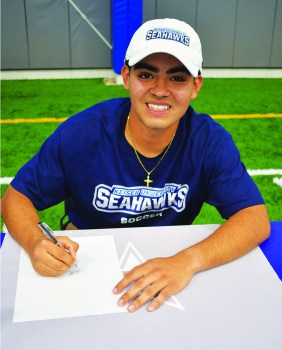 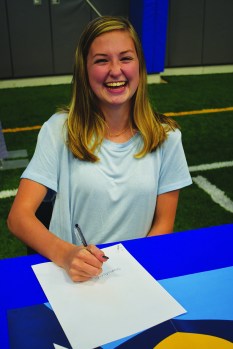 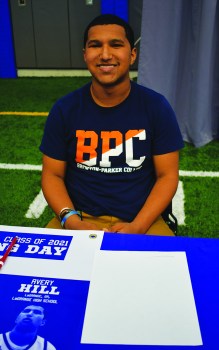 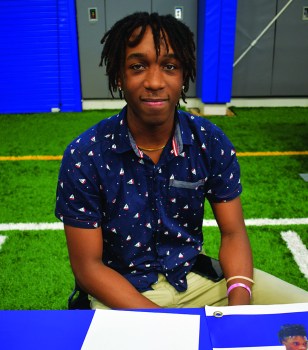 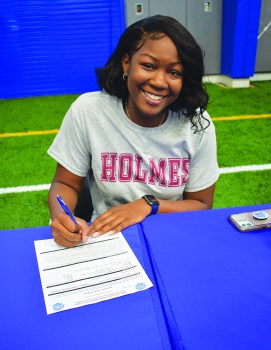 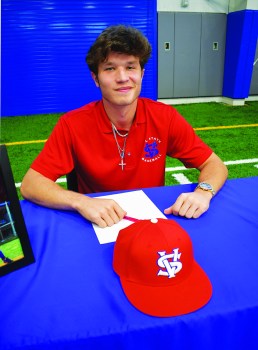 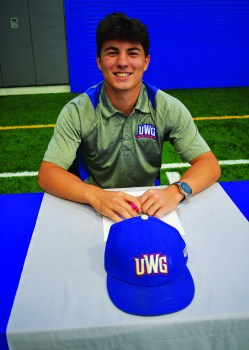 It was a signing-day bonanza at LaGrange High. Nine student-athletes from the school participated in a signing-day ceremony on Friday afternoon at the Steve Pardue indoor practice facility.

Among the signees were two baseball players, Matthew Morgan (University of West Georgia) and Landon Tucker (Volunteer State), who have been teammates for four years and were senior leaders on a team that reached the second round of the Class AAAA state playoffs.

Another signee was soccer standout Toni Sosa (Kaiser University), who was a key cog on a team that won a region championship and advanced to the third round of the state tournament.

Carmen Lynch (Wesleyan College) excelled in basketball and volleyball at LaGrange, and she has signed to play volleyball in college.

Brandasia Cofield (Holmes Community College), a teammates of Lynch’s on the basketball team, is headed to Mississippi to play college basketball.

Malone Aldridge (Georgia Highlands College), a four-year starter on the softball team who helped the team reach the semifinals of the state tournament last season, has signed as well.

Alison Baker (Point University) is headed to the West Point school to join the competitive cheerleading team after she excelled in that sport in high school.

OF NOTE: Check back for individual stories on each signee, and for more photos, go to Facebook.com/LDNSports