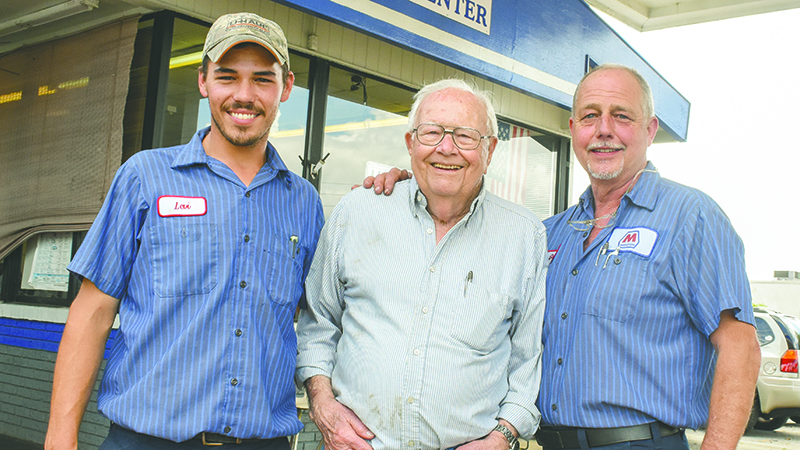 “It was just time,” said Wiley Woody, who started the business over 50 years ago.

It was a decision, his son, Greg said, that the family has been praying on for some time.

The business has been a staple atop Commerce Avenue since 1970 and has kept its charm as the town around it expanded and changed.  The business would have turned 51 in July.

Wiley has been in the gas service industry the majority of his life.

During his military service in Long Island, Wiley worked at a gas station part-time to support his wife.

Later, he bought the shop on Commerce Ave. and created a special relationship with the community.

In 2019, the business closed its fuel business, discontinuing the practice of filling gas tanks and washing windshields at the gas pumps, but continued to fix automobiles and rent U-Hauls to customers old and new. Greg noted that, to his knowledge, up until 2019, Woody’s was the last operational full-service gas station in Troup County.

On Friday, the business stayed open only to rent out U-hauls, Woody said.

Woody, at 87, still worked in the shop. He plans to keep busy, though he hasn’t decided how he’ll spend his time.

Greg helped run the business since he graduated high school and his son, Levi, helped out as well.

Levi now owns his own landscaping business, a credit he gives to his father and grandfather.

“I learned so much from them over the years, how to deal with people and run a business … and it’s helped me become the man I am today and take that risk,“ Levi said.

Levi’s original intention after graduating high school was that he’d run the business himself, but in time went down his own path.

“I always thought I’d take over and keep it going another 50 years  … but things just didn’t work out that way,” Levi said.

Though the family is disheartened to close the business, they are not without a flood of support from their community.

“It’s been a pleasure being there when people stop in to talk. We’ve just had a good time,” Wiley said. “It’s been a good life.”

And the future, though unknown, is not dark thanks to the Woody’s unshakeable faith.

“We give God all the glory for our success,” Greg said.