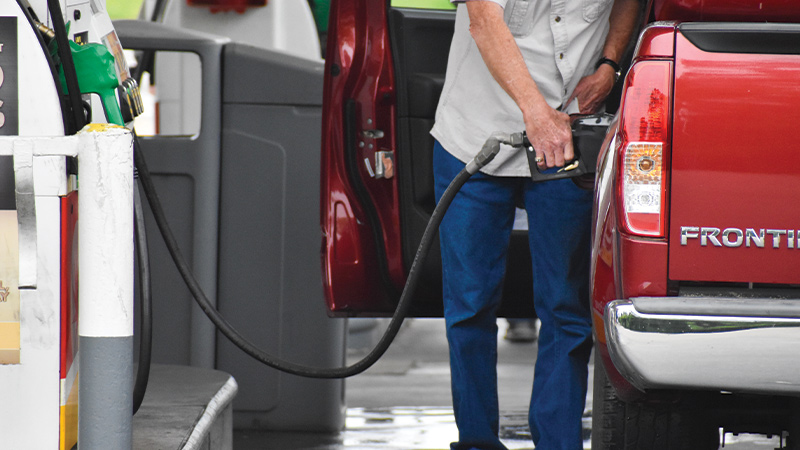 Manny Singh was already having issues running the Shell station on N. Greenwood Street due to a lack of employees and service truck shortages.

When the Colonial Pipeline shutdown last week, his problems escalated, and as of Wednesday, his store was out of gas completely.

“We’ve been out since [Tuesday] afternoon,” Singh said, noting that the full load of 7,000 gallons of gas he received Monday had dried up before the store next to him could get their newest load.

Since the Colonial Pipeline was cyber-attacked on May 7, Singh’s store has run out of gas twice. A full load for his business would last roughly 4 days during an average week.

Colonial Pipeline announced pipeline operations had restarted about 5 p.m. Wednesday afternoon but said in a press release it will take several days for delivery to return to normal.

Nationally, gas prices are rising, and fuel is in short supply throughout Troup County and the southeast in the aftermath of the Colonial Pipeline shutdown.

Many residents throughout LaGrange were unable to find gas Wednesday or found fuel priced higher than it was a few days ago.

“I haven’t seen it this bad since the last recession,” said Amaiya Jenkins, who put only put $10 worth of gas in her car at the 76 fuel station in LaGrange. “I’m scared … I’m praying, but I’m scared.”

As of Wednesday, the 76 is one of many gas stations in the area that only had premium gas, which is selling at more than $3.50 a gallon.

Jackson Lee said he had no choice but to put $3.57 premium gas in his truck.

“It’s all they’ve got right now,” he said, pointing out that the Shell on Vernon Street was out of regular and mid-grade fuel. “I hope this doesn’t last much [longer] … this is ridiculous.”

Colonial Pipeline learned of the cyberattack May 7 and is attempting to resolve the issue, according to a news release on the company’s website.

The Federal Bureau of Investigation confirmed Monday that a group of hackers named Darkside are responsible for the Colonial Pipeline hacking.

With prices on the rise, the LaGrange Police Department sent out a public service announcement noting that the LPD is monitoring local gas prices to ensure that no local convenience stores are using this as an opportunity to price gouge.

As of Wednesday afternoon, the LPD said there have been no reports of convenience stores raising the price of fuel to a point that would constitute price gouging.

Residents that suspect a location to be price gouging may report it to the Georgia Department of Consumer Protection Division at 1-800-869-1123.

Sgt. Stewart Smith with the Troup County Sheriff’s Office also said TCSO is not aware of any price gouging at this time in the unincorporated portions of Troup County.

The Hogansville Police Department has conducted inspections of all gas stations in the city to ensure that all stations are in compliance with Gov. Brian Kemp’s executive order not to price gouge.

HPD located two gas stations that were reported to be price gouging, according to Police Chief Jeff Sheppard. Both gas stations immediately complied to fix their gas prices, Sheppard said.

“We’ve had some [calls] where people claim that they’re price gouging, but they’re not,” Sheppard said. “People are making complaints because they think the price of gas is too high. We’re not trying to cause unnecessary problems with our gas stations, but we want to be sure they are not causing any unnecessary problems for our citizens.”