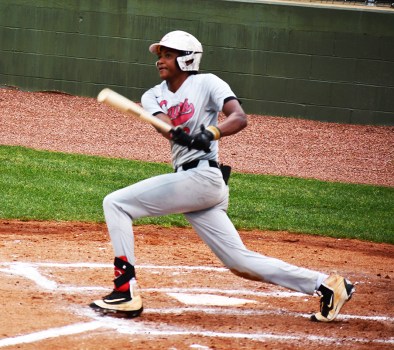 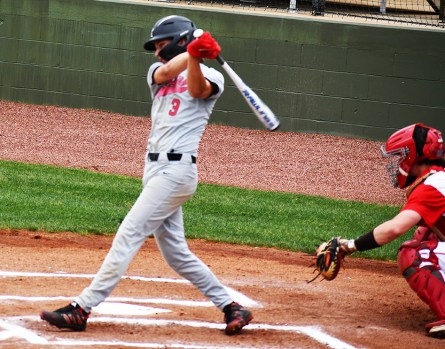 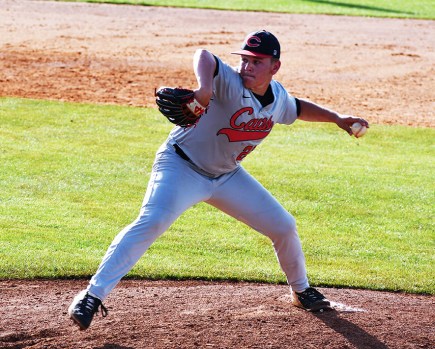 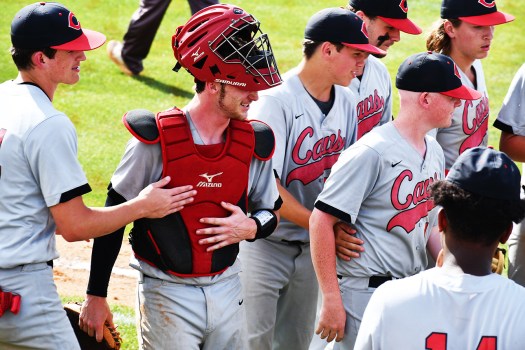 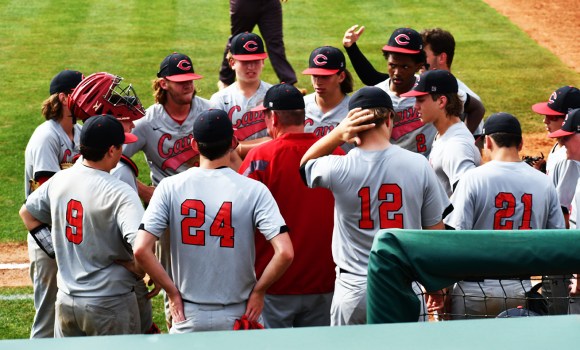 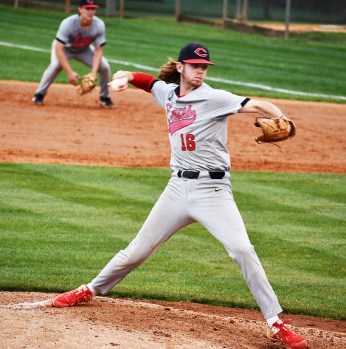 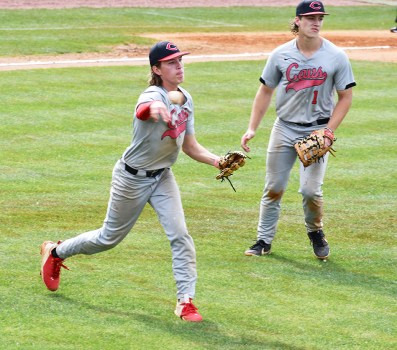 THOMASVILLE – With the rain falling, the cleats slipping, and a firm grip on the baseball an impossibility, Callaway’s Tucker Starling found a way to succeed.

In the eighth inning of Wednesday’s state-playoff series opener between Callaway and Thomasville, Starling was on the mound trying to close things out.

What had been a drizzle for much of the game had turned into a legitimate downpour, making life difficult for Starling, who was struggling to keep his footing, much less throw strikes.

Starling, blocking out the distractions and a wet baseball, threw a scoreless eighth inning, and he ended the game with a strikeout as Callaway won a 5-4 extra-inning thriller.

Unfortunately for the Cavaliers, they were unable to close out the series later in the day.

Thomasville scored a run in the top of the seventh inning to take the lead, and it held on for a 4-3 victory to force a winner-take-all game three in the series.

Starling, who started and pitched into the seventh inning of game two, was the tough-luck loser.

Game three will be Thursday at 1 p.m., with the winner advancing to the state semifinals against Jeff Davis.

The Cavaliers obviously would have preferred to sweep the series, but at least they’re still playing, which is something a bunch of teams in the state can’t say.

The first game actually began on Tuesday, but the teams only played one inning before play was halted because of lightning.

The game resumed on Wednesday with Justin Moore back on the mound, and the junior right-hander ended up throwing seven strong innings.

Thomasville scored three runs in the fourth inning to take a 4-2 lead, but Moore pitched three scoreless innings after that.

After Callaway scored a run in the top of the eighth inning on an Andrew Locke RBI groundout, Starling got the call for the bottom of the inning.

Thomasville got two men on in the eighth inning, but Starling got a flyout and a strikeout to end it. On a 3-2 count to the last batter, Starling recorded a called third strike to end the suspense and give Callaway the game one win.

“It was real tough,” Starling said of his rain-soaked game one appearance. “You have the ball in your glove, and it’s getting rained on and rained on. I had to get a towel in my back pocket. It’s raining so hard and your clothes are wet, and you can’t wipe the ball off.”

Before Starling pitched, it was Moore’s turn to show what he can do, and he was exceptional.

Moore, who dealt with rain, and a wet mound throughout the game, pitched seven innings, and only one of the four runs he allow was earned.

After the Bulldogs plated three runs in the fourth inning to surge ahead, Moore didn’t give up another run.

The Cavaliers scored single runs in the fifth and sixth innings to tie it, and after coming up empty in the seventh inning despite loading the bases with no outs, they went ahead with a run in the top of the eighth on an RBI groundout by Locke.

Starling gave up a hit and a walk in the bottom of the eighth, but the Bulldogs were unable to push across the tying run.

Kaden Rogers finished the game with two hits, a walk and an RBI for the Cavaliers, and Bryce Hubbard, Starling and Locke each had a hit and an RBI.

Locke also found his way on base by getting hit by a pitch twice, Jimmie Dukes, Taylor Smith and Nate Lee each had hits, Moore walked twice and had a base hit, and Blake Sheppard had an RBI.

The Cavaliers struck first with a run in the top of the first inning.

With two outs, Starling walked, Moore singled, Locke was hit by a pitch, and Rogers walked with the bases loaded to drive in a run.

After Thomasville tied it with a run in the bottom of the first, Callaway reclaimed the lead with a single run in the fourth inning.

Sheppard reached on an error, Dukes and Taylor had back-to-back singles, and Hubbard earned a bases-loaded, two-out walk to bring in a run.

The home-standing Bulldogs answered with three runs in the bottom of the fourth to grab a 4-2 lead.

The Cavaliers came right back with a run in the top of the fifth to get within a run.

With one out, Locke was hit by a pitch for the second time, and after a Rogers single, Locke scored on a Sheppard fielder’s choice.

Callaway tied it with a run in the sixth inning.

Lee led off the inning with a base hit, Hubbard singled with two outs, and a Starling RBI groundout tied the game.

The Cavaliers had a golden opportunity to take the lead in the top of the seventh after loading the bases with no outs, but a strikeout and a double play ended that threat.

The Cavaliers had another scoring chance in the eighth inning, and this time they took advantage of it.

Stephens was hit by a pitch leading off, Starling singled, and Moore walked to load the bases with one out. Next up was Locke, and his fielder’s choice grounder brought Stephens home with the go-ahead run.

The Bulldogs got a base hit and a walk in the bottom of the eighth, but they couldn’t break through against Starling.

Because of the bad weather, and a wet and muddy field, it was more than three hours before the second game began.

In stark contrast to the opener, the second game was played without rain, and with the sun shining.

The Bulldogs were the visiting team for game two so they hit first, and they started quickly with three runs in the first inning. An error that would have been the third out kept the inning alive, and the Bulldogs proceeded to score three unearned runs.

Starling was in control after that, and he threw five straight scoreless innings before the Bulldogs broke through for a run in the top of the seventh.

“The miscue happened, and it turned out to be something bigger than it should have been,” Starling said. “After that, I knew if we wanted to stay in the game, they couldn’t score again.”

Starling left the game with two outs in the seventh, and after Brantin Swanson faced two batters, Garrett Huckleberry got a big strikeout to end the inning.

The Cavaliers got a leadoff single from Dukes in the bottom of the seventh, but a double play and a groundout ended the game.

“I was proud of our guys for getting behind 3-0 and battling back, but ultimately that (first) inning ended up costing us,” Callaway head coach Dusty Hubbard said. “Every run matters.”

As for Starling, Hubbard said “he just attacked them all day long, and gave up one earned run. He deserved to win that game.”

Moore had a double, Rogers had a hit and two RBIs, and Starling had a base hit.

After falling behind 3-0, the Cavaliers began clawing their way back into it with a run in the second inning.

Locke led off with a triple, and he scored on a base hit by Rogers.

The Cavaliers tied it with two runs in the fourth inning.

Moore got things started with a double, and Locke followed with a bunt single before Rogers knocked in a run with a sacrifice fly.

Two batters later, an RBI single by Dukes deadlocked the score at 3-3, and that’s the way it remained until the Bulldogs reclaimed the lead with a run in the top of the seventh on an RBI single by Isaac Richardson.