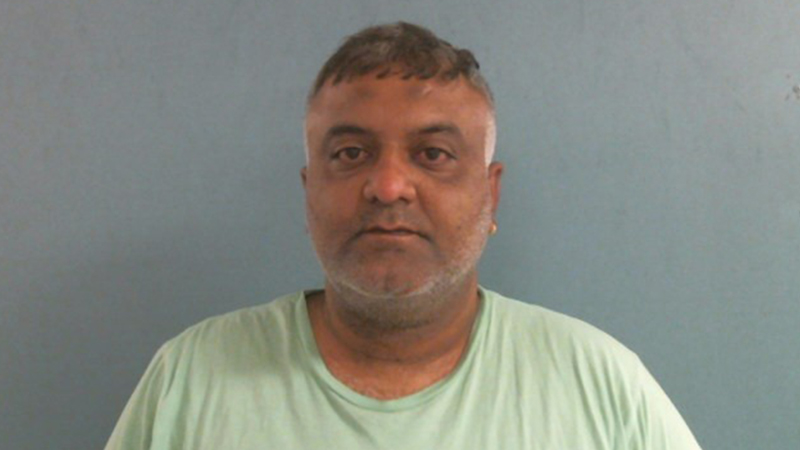 The Hogansville Police Department arrested a Hogansville man for sexual battery after he allegedly attempted an indecent act against a female officer.

According to the press release from the Hogansville Police Department, the officer was conducting a business check Tuesday around 6:30 p.m. at the Hop In service station on Hwy 54 in Hogansville. During the check, the store’s manager, Prilesh Navinchandra Thakkar, 39, allegedly attempted to forcefully commit an indecent act on the officer, per the press release.

“He grabbed her by the wrist and snatched her behind the counter,” said HPD Chief Jeff Sheppard.

The officer reacted by separating herself from the assailant and reported the incident immediately to her supervisors, according to the press release.

“She was by herself with no backup,” Sheppard said. “When it was over, she left and called us.”

On Tuesday, officers with the Hogansville Police Department — with assistance from the Troup County Sheriff’s Office — conducted an investigation that led to Thakkar’s arrest.

Thakkar was charged with sexual battery and obstruction.

Sheppard said the Troup County Sheriff’s Office was asked to conduct the initial interviews in the case. According to HPD, evidence gathered, along with statements, confirmed the allegation, and Thakkar was arrested the same day and transported to the Troup County Jail for booking processing.

Anyone with other information about this incident is asked to contact Detective Marcus Rakestraw at the Hogansville Police Department at (706) 637-6648, or at mrakestraw@hogansvillepd.com.