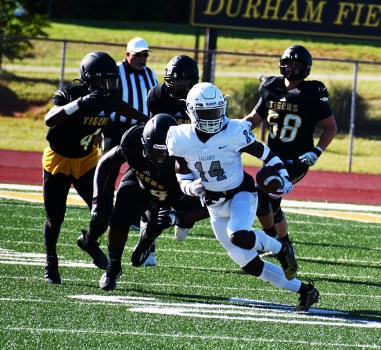 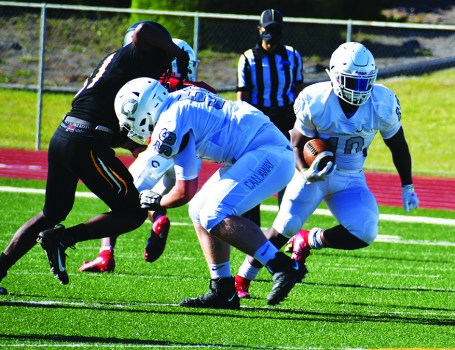 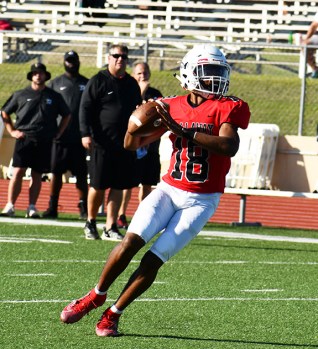 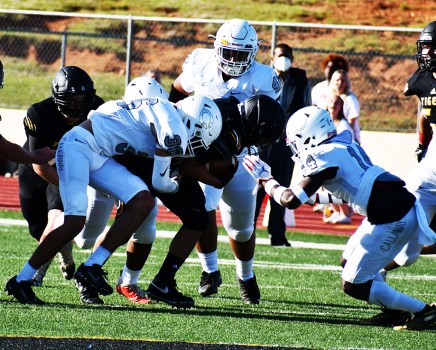 HAMILTON – The Callaway Cavaliers put the wraps on spring practice with a scrimmage game against Harris County on Thursday night.

It was Callaway’s first competitive game since it beat Fitzgerald 22-17 to win the Class AA state championship in December.

It was a coming-out party for a handful of players getting their first taste of varsity football, including rising sophomore quarterback DeShun Coleman, who had an impressive night with touchdown passes to Carlos Billinglsea and Treyonn Tucker.

Denorayon Reid, who is still in the eighth grade, also did some nice things at quarterback and threw a scoring pass to D’Arcy Harris.

Deontaeous Brooks and Kier Jackson had touchdown runs for the Cavaliers.

Callaway had a solid night on defense as well, and Harris and Quenderious Redding had interceptions.