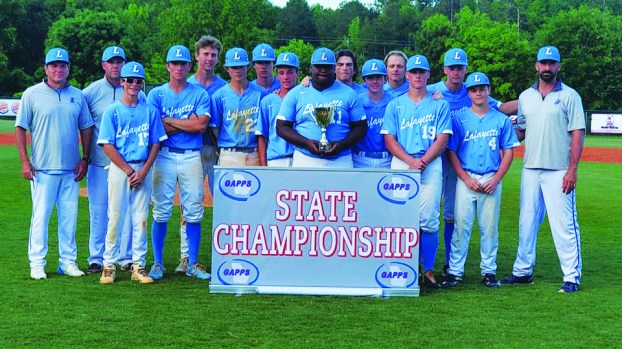 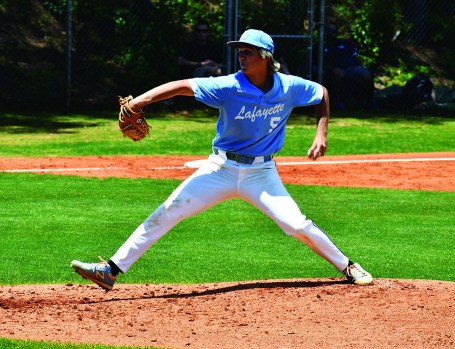 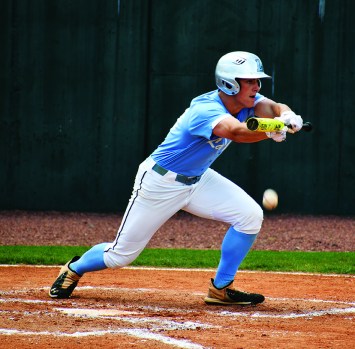 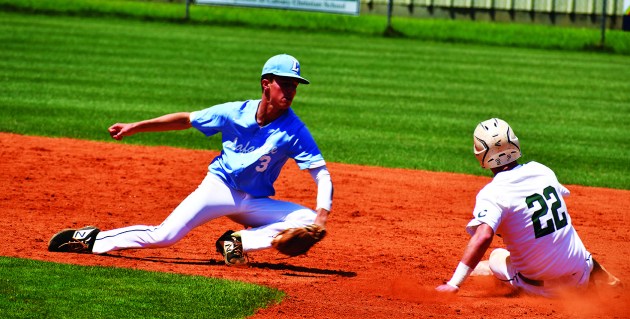 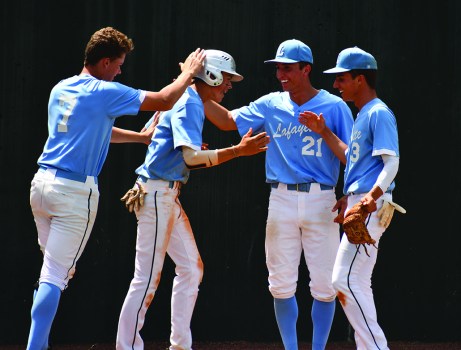 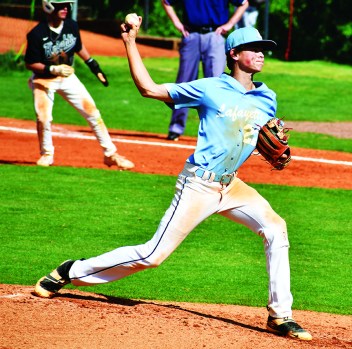 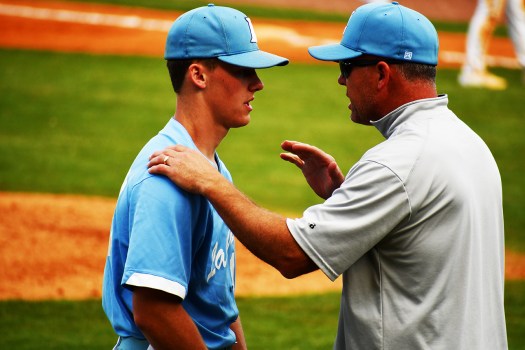 COLUMBUS – Two programs with championship pedigrees faced off with a state title on the line, and it was the Lafayette Christian School Cougars coming up on the short end in a hard-fought series.

state titles, made it three in a row with a doubleheader sweep of Lafayette Christian on Friday in Columbus.

The Cougars were trying to win a second consecutive state title, but it wasn’t meant to be.

After winning the first game 8-4, Calvary Christian completed the sweep with a 4-2 victory.

While it wasn’t Lafayette Christian’s day, head coach Ben Jackson felt his players left it all on the field, which is all he wanted.

“That’s what we told them today when we got here,” Jackson said. “Win, lose or draw, leave it all on the field, and don’t have any regrets when you step off this field, as far as the effort they gave, and I felt like they did.”

It was the final go-around for a group of seniors who have enjoyed a lot of success over the years.

Those players helped the Cougars win one title, and nearly another, and they would have been in the mix last year if the season hadn’t been canceled because of COVID-19. The seniors are Adam Barnett, Cason Firth, Tanner Jackson, Nathan Karvelas and Kamal Parham, and a handful of those players won state titles in baseball, as well as football.

One of those players is Firth, who was a part of the 2019 championship team in baseball, as well as the 2020 football team that won it all.

“I’m proud of our team as a whole, just the friendships that we’ve made, and the hard work that we’ve put in,” Firth said. “I just feel like we didn’t execute today, and that made the difference.”

In game one on Friday, the Cougars were down 6-0 after three innings, but they fought back and got within two in the sixth inning before falling 8-4.

The Cougars trailed 4-0 early in game two, and they rallied to get within two but were unable to complete the comeback.

“We got behind early in both games, and unfortunately, we couldn’t get the hit when we needed it, but they never stopped fighting, and that’s all we can ask of them,” Jackson said. “It hurts to lose, but there’s no other team I’d rather be a part of than this one right here. These guys fight all the time.”

In game two, the Cougars had some chances to break through for a big inning, but they couldn’t make it happen.

The Cougars scored a run in the bottom of the third inning, but they left the bases loaded.

The Cougars loaded the bases once again in the fifth inning, but all three runners were left stranded. The Cougars, in fact, had base runners in every inning but were limited to two runs.

Lafayette Christian scored its runs on RBI singles by Brock Tumlin in the third inning, and Firth in the fourth inning.

Braden Firth finished with two hits for the Cougars, and Cason Firth, Nathan Karvelas, Tumlin and Parham each had one hit.

In the top of the third inning, Karvelas got a strikeout with the bases loaded to end the inning and keep the deficit at four.

Karvelas pitched four scoreless innings after that to keep the Cougars in the game.

In game one, Calvary Christian seemed to be in control after taking a 6-0 lead through four innings, but Lafayette Christian fought back.

The Cougars scored one run in the top of the fifth, and they pushed three runs across in the sixth inning to get within two.

Calvary Christian added two insurance runs in the bottom of the sixth to take an 8-4 lead, and that’s the way it ended.

Landon Bush had an RBI single for the Cougars, and Cason Firth and Nathan Karvelas each had sacrifice flies to drive in runs.

Bush finished with two hits for the Cougars, and Jacob Karvelas, Adam Barnett, Cason Firth, Tanner Jackson, Braden Firth and Paul Batastini each had one hit.

Brock Tumlin started and pitched 5 1/3 innings for the Cougars, and Tanner Jackson got the final two outs in the sixth inning.