Cozy Closet ready to give back 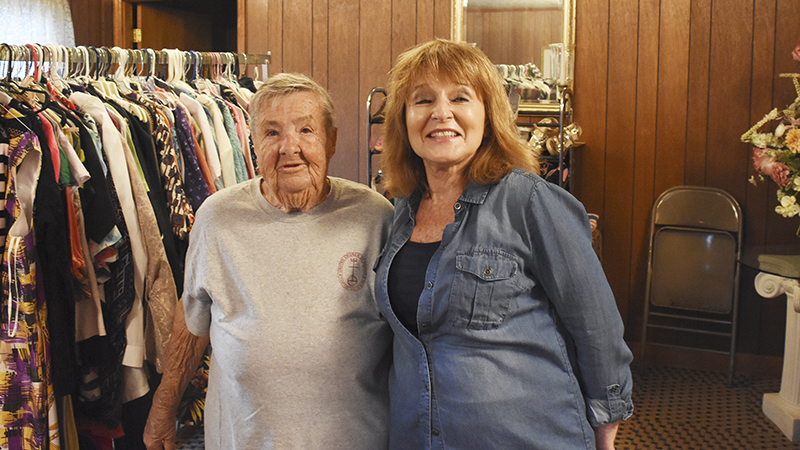 Betty Williams and Ellen Parkhurst pose for a picture at Cozy Closet.--Cole Trahan

Volunteers at a church-run clothing bank hope more people in need will take advantage of it. The Cosy Closet at Oak Grove Church, located at 1264 Oak Grove Road, is open the second Saturday of every month from 10 a.m. to noon. Anyone who walks in can get clothes, no questions asked. The clothing bank has clothes for all genders and ages, including babies.

Volunteer Ellen Parkhurst said the clothing bank was shut down briefly during the pandemic, estimating that it was closed for about three months. Ever since, attendance hasn’t recovered to its former levels.

“ I think it was March, April, May or April, May, and June,” Parkhurst said. “And then, as we opened back up and… with the mask and the social distancing and … we just haven’t picked back up to where we were.”

Parkhurst estimates that the clothing bank has helped around 200 people since it first opened about two years ago.

Though Parkhurst credited youth leaders Margie Heard and Dawn Williams for starting the Cosy Closet about two years ago, Heard gave Dawn all the credit for the idea.

“She suggested it, and it’s just grown from there,” Heard said.  “… Somehow [or] another, we always have an abundance in the amount of clothes that show up to replenish what people have taken.”

She explained that the clothing bank sometimes also has non-clothing items such as hand soap and blankets.

Williams said she was inspired to start the Cosy Closet by “past life problems” and knowing there were people in need.

“At one point in time. I was homeless with three kids, and we needed a shelter,” she explained. “And we needed clothes. And people were there to help, so … that’s pretty much what we’re trying to do.”

Williams said it feels “wonderful” to have started the clothing bank and seen its success.

“It’s grown,” she said. “It’s grown since we first started. We have lots of donations … we need more people to come and get them.”

Man arrested after 2.5 pounds of THC recovered in…