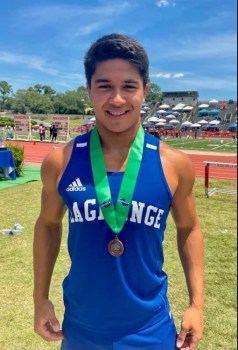 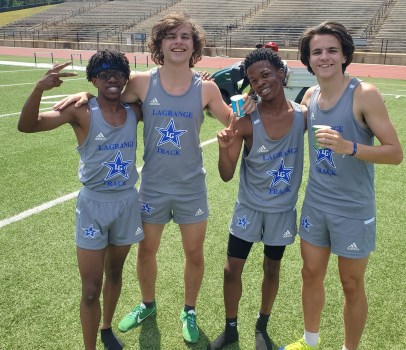 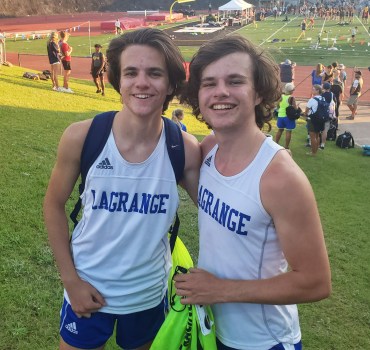 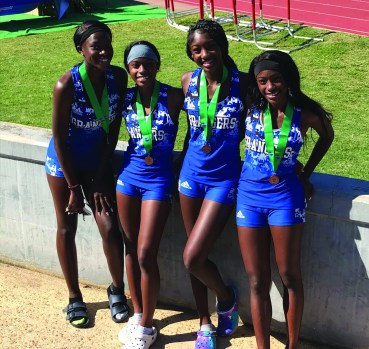 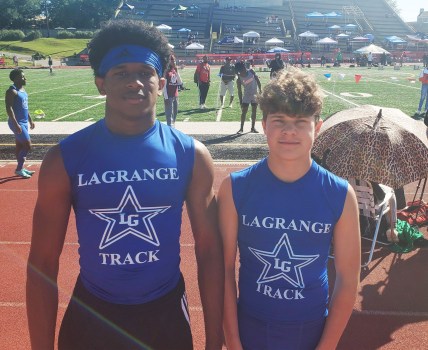 ALBANY – LaGrange High’s Kale Gibbs put the finishing touches on a memorable school year with a medal-winning performance at the state track and field meet in Albany.

Gibbs, who was an all-state running back during football season, earned a fifth-place finish in the 110-meter hurdles.

Gibbs finished the race in a time of 15.14 seconds, while Jordan Fick of North Oconee (14.56 seconds) took the top spot.

Gibbs enjoyed an exceptional season that included region championships in the 110-meter hurdles and the 300-meter hurdles, and he finished third in both events at the state sectional.

Another highlight for Gibbs came in the Granger Invitational when he not only won both relay events, but also the 100-meter dash.

The team of Zanay Rhaney, Alyssa Rhaney, Ivorie Smith and Zamya Rhaney earned a fifth-place finish with a time of 10 minutes, 18 seconds.

Nathan Fritchley completed his stellar senior season by finishing ninth in the 3,200-meter run, and 15th in the 1,600-meter run.

Terry Franklin also competed in the 800-meter run in Albany.

Twin sisters Zamya Rhaney and Zanay Rhaney will both participate in track and field at Albany State University.

Alyssa Rhaney was 13th in the triple jump.