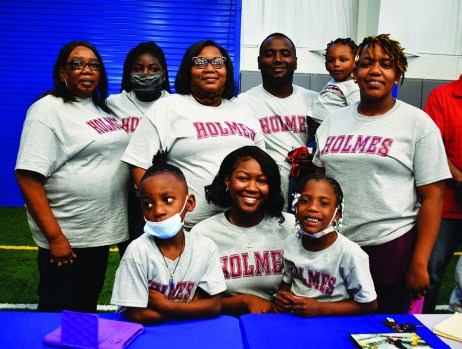 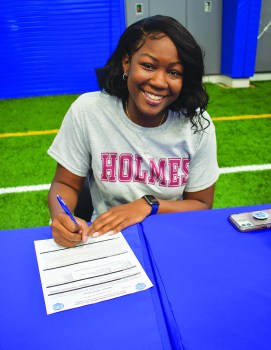 When Brandasia Cofield left LaGrange High following her freshman season, it was a tough blow for the girls’ basketball program.

Cofield was a key player on an exceptional team during the 2017-2018 season, but when the school year ended, she and her family moved to Mississippi.

“She came to me her freshman year, and she ended up starting that season, and we went 12-0 in the region,” said LaGrange head coach Stephen Tuck. “She was a starter in basketball, and she did anything that we asked her to do. We asked her to run through a brick wall, she’d do it. That’s one of the things we loved about her.”

Fortunately for Tuck and the program, Cofield returned to LaGrange High for her senior season.

Cofield was a key contributor on a team that made tremendous strides after some difficult years.

LaGrange, after failing to win a region game the previous season, won four region games during the 2020-2021 season, and Cofield helped spur the turnaround.

Cofield’s stellar body of work hasn’t gone unnoticed, and she will get the opportunity to play basketball on the next level at Holmes Community College in Mississippi.

Cofield is grateful to everyone who has helped her achieve this goal.

Cofield, strictly a post player as a freshman, was asked to do a lot more when she returned as a senior.