Animal shelter has plenty of cats ready for adoption 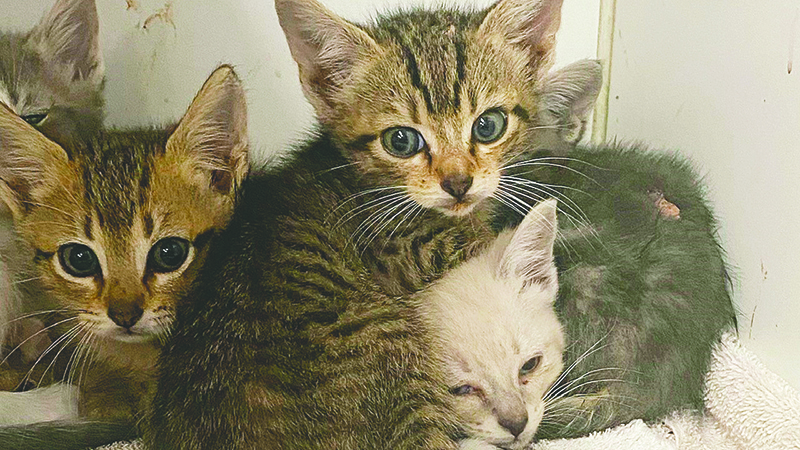 “They all came in at one time,” said Chris Bussey, LaGrange animal services supervisor.

“We literally had no cats last week, and now we have close to 50.”

Bussey said the kittens were from a handful of litters.

“There’s no specific area where they’re all coming from,” Bussey said.

The facility is now overcrowded and in need of wet kitten food, which donors can leave on the bench by the shelter’s front door. The shelter is located at 1390 Orchard Hill Road.

Fortunately, Bussey expects all of the kittens to be adopted.

The kittens can be adopted with fees ranging from $16 to $50, depending on if they were fixed and/or received their rabies shots. Kittens who have been fixed and received their shots are the cheapest whereas those that haven’t are the most expensive.

“We do prefer appointments,” said Bussey, explaining that appointments allow the shelter to show visitors their kittens and answer questions about them. The shelter can be reached at (706) 298-3606 or via Facebook at www.facebook.com/CityOfLaGrangeAnimalShelter/.