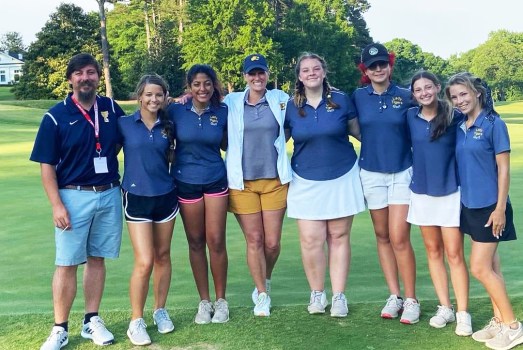 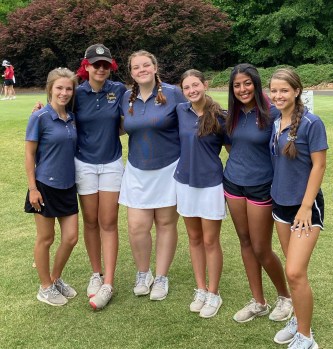 It was a dream season for Troup High girls’ golf coach Michelle Ashmore.

That the team enjoyed a lot of success on the course and finished seventh in the state was a big reason for the enjoyment, but for Ashmore, what made the season so special was the unwavering positive attitude of the players.

school, because we laugh every day,” Ashmore said. “We just enjoyed being around each other.”

It was, Ashmore noted, the sort of team “every coach hopes to have. My girls showed up for practice every day. They got along. They bonded as a group.”

They also played some excellent golf.

After a second-place showing at the area tournament, Troup finished its season by placing seventh at the Class AAAA state tournament on Monday and Tuesday at the University of Georgia golf course in Athens.

“This group has just been phenomenal,” Ashmore said. “They set a goal to make it to state, and they had a great performance at area to do that. They kept pushing and practiced for four days a week. They wanted to do well at state, and they did.”

Among the four players who competed at state for Troup, the lone senior was Taylor Kennedy, and her value extended well beyond the scores she posted.

Kennedy, Ashmore noted, has approached everything with a smile on her face since she joined the program.

“Taylor’s been playing for us since the eighth grade. That has been her personality since the get-go,” Ashmore said.

“They even joked afterward that one of us will have to take over as the team cheerleader. She brings this shining awesome light to our group that makes it fun.”

That is a mindset that Ashmore said carries over to all the players.

“This group of girls just cheered each other on,” Ashmore said. “If they had a bad hole, we saw all of them kind of rally around each other and encourage each other.”

During the two-day event, Sarah Blanks was Troup’s most consistent player, shooting a 99 in the first round, and a 97 in the final round.

Kennedy posted a 105 in both rounds, and Skyler Yates carded a 109 in the first round, and a 120 in the second round.

Cici Kvidt only played in the second round, and she came through with a 91, which was Troup’s best score in the tournament.

Gianna Pacelli and Avery Pearson also made the trip to state as alternates.

It was a challenging course, and while there were plenty of high scores, Ashmore was proud of the way the players shrugged off adversity.

“They didn’t let a bad hole affect their entire day,” Ashmore said. “That was really special to see a group of girls shake it off, clear their mind, and focus on the next task at hand. They didn’t let it carry over to the next match.”