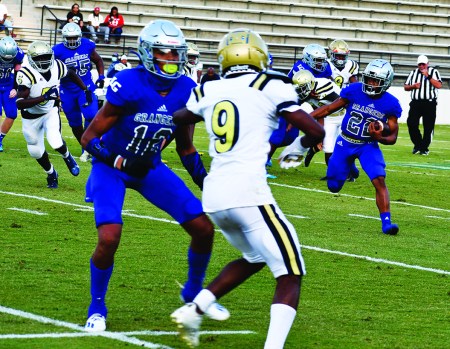 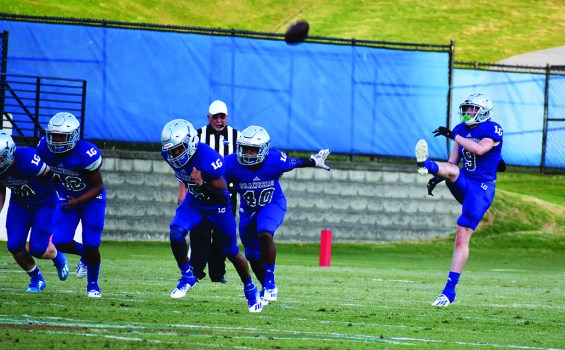 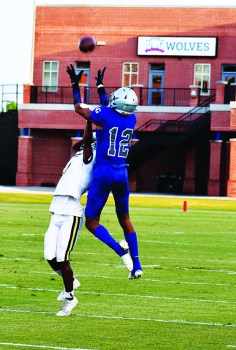 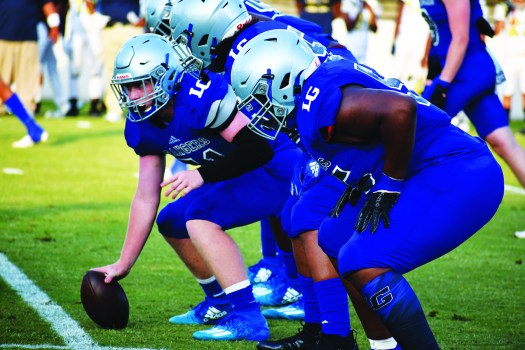 CARROLLTON – It was a big night for the LaGrange High football family.

Facing Charles Drew High in its spring game, LaGrange rolled to a 28-0 victory at the University of West Georgia’s stadium.

LaGrange head coach Matt Napier wanted to do something special for his players, so he was able to work it out where the team could play its spring game in a college stadium.

It was a dominant performance for the Grangers, who gave up almost nothing defensively while making some big plays on offense.

“It’s an opportunity to get better,” said Matt Napier, LaGrange’s second-year head coach. “We’ve got a lot of getting better to do, but there were a lot of bright spots, so we’re excited about it.”

“This is exactly what we expected,” Napier said. “We can’t say thank you enough to West Georgia for this opportunity. This stadium is awesome.”

The Grangers notched their first touchdown late in the first quarter, with rising freshman Malachi Fannin scoring on an 8-yard run.

In the second quarter, defensive standout Montavious Martin returned an interception for a touchdown, and LaGrange had a 14-0 halftime lead.

In the third quarter, backup quarterback Tremez Sellers hooked up with Jason Bishop for a touchdown from about 20 yards out.

Bishop caught the ball inside the 10-yard line, and he spun and made a defender miss and raced into the end zone for the score.

“Jason’s going to be a senior, so I was glad to see him get that opportunity,” Napier said. “He’s a good player for us. He made some plays the entire night.”

In the fourth quarter, rising freshman Gryson Cockrell got into the act when he scored on a running play inside the 10-yard line.