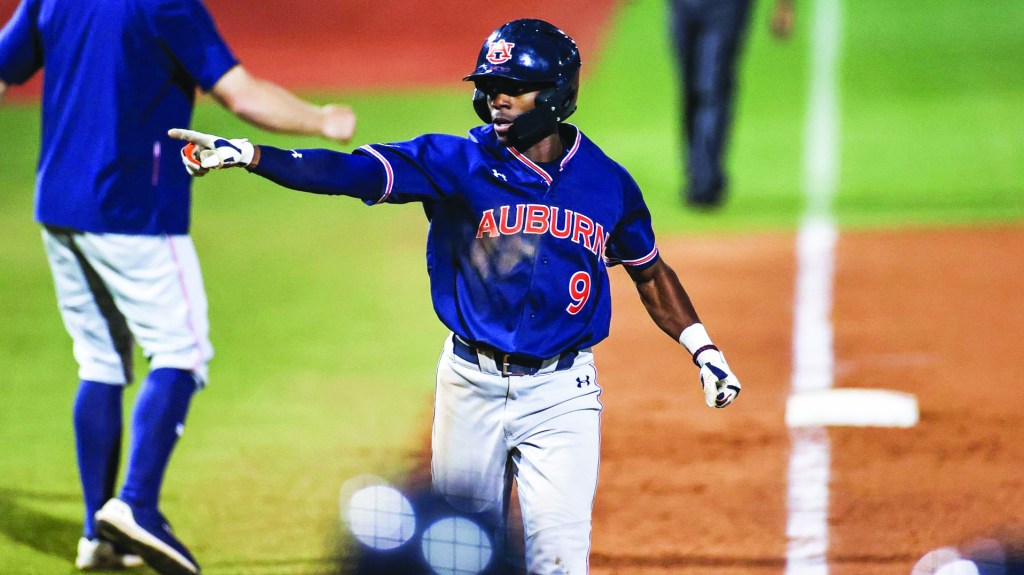 It has been an up-and-down season for the Auburn Tigers, but there has been one consistent presence on the team from day one.

Junior shortstop Ryan Bliss, a Troup High graduate, has been a dynamic offensive player all season while providing stellar defensive play from the challenging shortstop position.

Not surprisingly, considering the numbers he has compiled and how important he is to the team, Bliss has earned a spot on the all-SEC team that was unveiled on Monday.

Bliss is the SEC’s second-team shortstop, while Tennessee’s Liam Spence was the first-team selection at that position.

Bliss was also named to the SEC’s all-defensive team along with Spence.

It has been an extraordinary season for Bliss, who was a second baseman as a freshman before making the transition to shortstop last season.

Bliss has made a remarkable jump in the power department this season.

After hitting a combined five home runs in 2019 and 2020, Bliss has gone deep 14 times this season, and only Tyler Miller on the team has more with 16.

Bliss hit the most home runs for an Auburn shortstop since 1982.

Auburn finished the regular season against Missouri, and it needed to win the series to advance to the SEC tournament.

In game one on Thursday, Bliss was 4-for-6 with five RBIs as Auburn got a much-needed win, and he had a two-run home run in Friday’s win.

Auburn lost the series finale on Saturday, but it did enough to qualify for the conference tournament and keep its season alive.

Bliss is part of a veteran, talented infield filled with players who have put together impressive seasons.

“I’m a little biased, but I do think we’re the best infield in the SEC,” Bliss said in a story posted on auburntigers.com. “We all work together, we all understand each other.

“We know where we’re going to be. In a sense, we can talk without talking. It’s really fun playing with these guys.”

Tyler Miller, Auburn’s first baseman, said Bliss is “always going to do his thing, make the routine plays, and make the amazing plays look natural. At the plate, he’s unbelievable to watch. I just stand on deck and watch. It’s very impressive.”

Rankin Woley, Auburn’s third baseman, said “we’re always on the same page. I go to dinner with Bliss every Wednesday. It’s been a ton of fun. We have a lot of fun off the field and on the field.”

Bliss helped Auburn reach the College World Series as a freshman, and the team was having a strong 2020 season when everything was shut down because of COVID-19.

Auburn, the 12th seed, will face fifth-seeded Ole Miss in an opening-round game on Tuesday in Hoover, Ala.

The loser of the game will be eliminated, while the winner will advance to the double-elimination portion of the tournament to play fourth-seeded Vanderbilt on Wednesday.