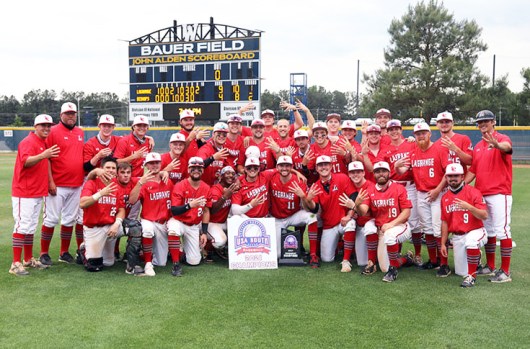 There are six teams in the regional, and the winner advances to the Division III World Series.

LaGrange College’s opening-round opponent in the double-elimination regional is Lynchburg (Va.), and they’ll play at 6 p.m. on Thursday.

Lynchburg (34-13) scored three runs in the bottom of the ninth inning to rally for a 9-8 victory over Shenandoah in the Old Dominion Athletic Conference championship game.

The two programs haven’t faced off since 2004 when Lynchburg beat LaGrange College 5-0.

The regional continues through Sunday when a winner will be crowned.

The Panthers are in an NCAA regional for the fourth straight completed season, and they’re looking to advance past this point for the first time.

Birmingham Southern won the final two games of the series to advance to the World Series, and it made it to the championship game before falling short against Chapman.

This year’s LaGrange College team is flying high heading into the regional.

LaGrange College (24-8) has won 16 of its past 17 games, and it beat a strong North Carolina Wesleyan team to claim a fourth straight USA South tournament championship.

After the teams split the first two games of the series, LaGrange College won the third and final game 9-4 to make it a four-peat.

North Carolina Wesleyan also made it to the NCAA regional as an at-large team, and it will play in a regional in Ohio.

Most of LaGrange College’s players have played in an NCAA regional before, and for some of them this will be their fourth appearance on this stage.

There wasn’t an NCAA tournament in 2020 because of COVID-19, and some players who had been with the program since 2017 decided to return for one more year.

Because the 2020 season was shortened, the NCAA made the decision that players wouldn’t have to use a year of eligibility, so everyone could return for the 2021 season.

E.J. Churchich, Spence Douches, Trey Pearce and J.R. Robinson each opted to return for a fifth season, and that decision has paid major dividends.

“We really came together early on this season,” Douches said in a story posted on lagrangepanthers.com. “It has proven effective, as we have won 16 of our last 17 games. Winning a fourth straight championship was the first goal we had in mind, but now we shift our focus to the bigger picture. We are talented enough this year to win it all.”