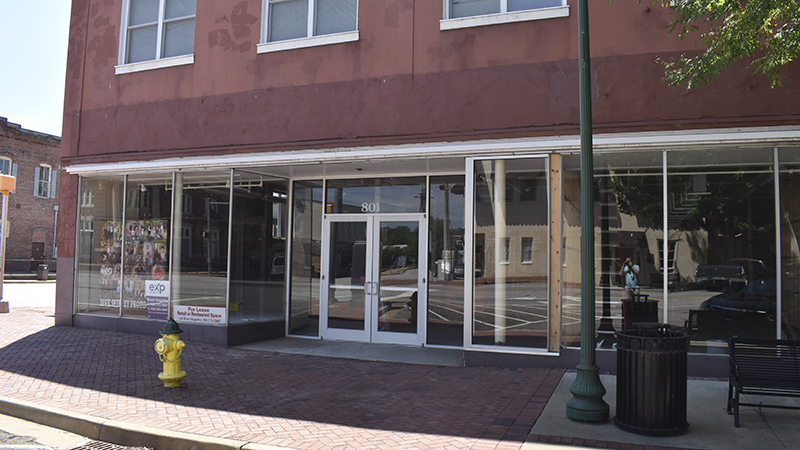 Karvelas Pizza Company will soon have a location in all three cities in Troup County.

The company announced this week that it will be opening a new location in West Point, giving the restaurant four different locations.

Karvelas started in Hogansville and also has locations in LaGrange and Newnan. The West Point location will be at 801 3rd Avenue and is expected to open in the fall.

Joey said rumors are true that the company plans to eventually establish locations in Carrollton, Peachtree City, Auburn and Columbus. In fact, Joey said the chain would like to have around 50 locations.

“We’re going to continue to grow this into a regional chain,” Joey said.

Joey said the building in West Point used to be a department store and that West Point Mayor Steve Tramell owns the building. Above the restaurant space is a female college dorm for Point University.

Joey said his father, Jim Karvelas, inspired him to be in the pizza business.

“He was the guy that really inspired me to want to be in the pizza business. Just seeing him do it, his love for it,” Joey said. “He knew how to make money with it. He knew how to charge for it. Kind of keep his percentages the right way. He taught me that at a really young age.”

According to the company’s website, their chain’s journey began in Hogansville after Jim Karvelas bought a pizzeria there. Twenty years later, in 2014, Joey Karvelas established Karvelas Pizza Company after buying back the pizzeria and revamping its menu. The original Hogansville location soon outgrew its 900 square foot building, leading it to relocate in 2018. The company has since acquired new locations in downtown LaGrange and downtown Newnan.

Joey said he loves his job.

“I feel like Karvelas Pizza is built on a dream — a childhood dream. It’s able to be lived out now, and everything that I ever imagined it would be, it’s more. And the things that I really wanted to see out of Karvelas Pizza was my family being involved in it and for it to be able to be a safe haven for people,” Karvelas said.

What really makes the company special, according to Karvelas, is its food.

Karvelas also explained how the company aims to provide a pleasant dining experience.

“Our buildings, we try to go for older buildings. The artwork in there, the music that we play, the butcher paper that we put on your table… we just try to give you a really great experience coupled with that great food,” he said.