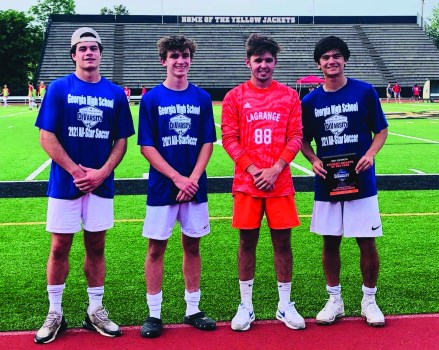 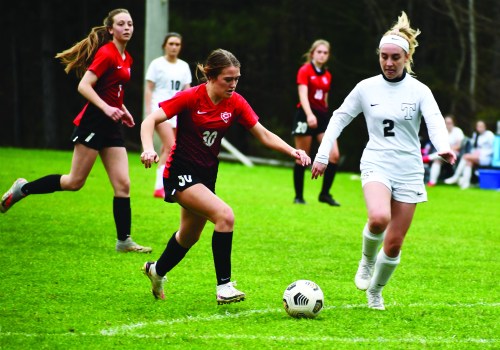 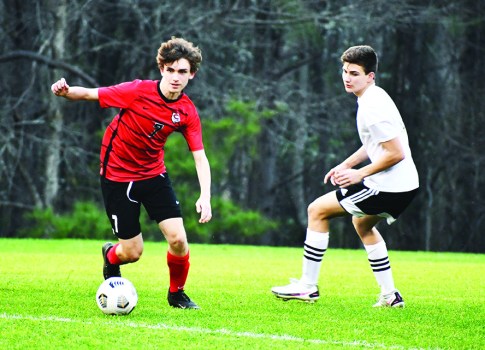 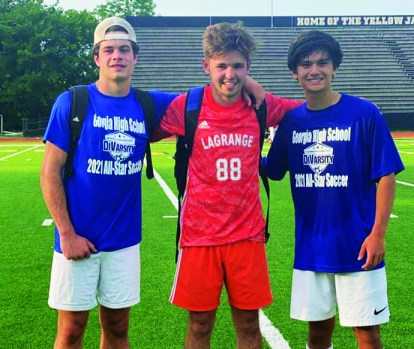 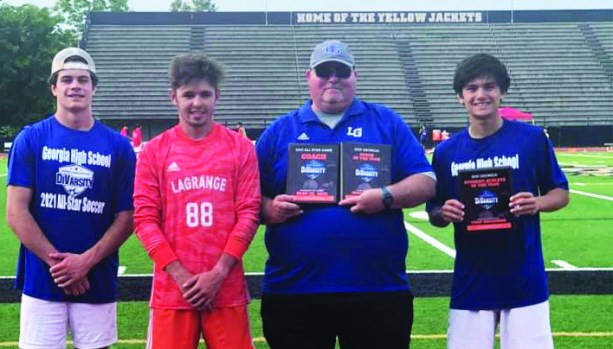 He wanted to prove he belonged.

The DiVarsity all-star soccer games were played last weekend, and most of the participants were either juniors or seniors in high school.

There was one noteworthy exception.

Callaway High’s Greyson Batchelor, who enjoyed an exceptional freshman season and was his team’s leading scorer, was invited to participate in the all-star game for players in Class AAAA and below.

There was also a girls’ all-star game for players in Class AAAA and below, and Callaway junior Keeley McGuffin was one of the players.

In the boys’ all-star game, the three LaGrange players and Batchelor were on the Blue team that won 2-1.

“I had the mentality that I have to go out there and perform because I didn’t want to look like I didn’t belong out there,” said Batchelor, who is also a place kicker on the Callaway football team. “I tried to play the best I could. Luckily there were six or seven guys from Bremen, and we played Bremen twice this year, so I knew a couple of their guys really well. There were three or four guys from LaGrange I know. I think that gave our team a leg-up.”

Batchelor wasn’t originally on the all-star roster, but shortly before the game he received an invitation, and he had to get back into soccer mode.

“Two days beforehand, I was like, I’m playing in this game,” Batchelor said. “I actually hadn’t touched a soccer ball in a month since season ended. It’d been nothing but football. I went out the day after and had a full scrimmage, and I felt comfortable.”

Batchelor savored the chance to play alongside elite players from across the state.

“I played a pretty good game,” he said. “I feel like when I play with players of that quality it brings my level of play up.”

The three LaGrange players made their presence felt in the all-star game.

Blackburn, who has signed to play soccer at Lindsey Wilson College, played the entire first half at goal keeper and didn’t allow a goal.

Knight, who led LaGrange with 19 goals, saw significant playing time, and he just missed putting a ball in the back of the net.

“He almost scored,” said LaGrange coach Shane Pulliam, who was one of the coaches for the Blue team. “It was a long shot, and it just didn’t dip soon enough. It went just over the bar.”

Hollstrom, who had 17 goals and 12 assists this season, showed off his play-making ability when he had an assist on the go-ahead goal in the second half.

While Hollstrom will return for his senior season, it was the final time for Knight and Blackburn to represent LaGrange High in a game.

“That was nice to be on the sideline one more time for basically the last game of their high-school career,” Pulliam said. “This was a great way to end a career, whether you go on to play, or don’t go on to play. You can say I ended my career, and I played in an all-star game.”

Knight and Blackburn were a part of a senior class that accomplished plenty during their time at LaGrange High.

Since 2018, the Grangers won two region championships and four state-playoff games, and this year they became the first LaGrange boys’ team to reach the final eight of the state playoffs in a decade.

LaGrange won a region title and advanced to the third round at state before losing to East Hall 3-1.

“They’ve probably been playing since they were 8, 9, 10-years-old, somewhere in that area,” Pulliam said of the seniors. “They’ve been the ones that have stuck it out the most consistently over that time. They continued to play. There was never a lull. So, it’ll be a group I will miss for sure.”

Also last weekend, the DiVarsity organization recognized its postseason award winners during an on-field ceremony, and LaGrange High was well-represented.

While Hollstrom was named the Class AAAA student-athlete of the year, Pulliam was the coach of the year in Class AAAA.

“They only gave out three awards, and we get two out of three, so that was pretty nice,” Pulliam said.

In the girls’ game, McGuffin saw plenty of time on the field during a game that ended in a 2-2 tie.

McGuffin had a big season for the Lady Cavaliers, who finished second in Region 5-AA and lost in the first round of the state playoffs.

McGuffin led the Lady Cavaliers with 21 goals, even though she missed seven games.

McGuffin was grateful for the opportunity to compete with some of the state’s top players.

“It’s a really good feeling,” McGuffin said. “I never thought I’d make it that far, and to be able to play with the best of the best felt really good.”

McGuffin expressed her appreciation for her Callaway teammates who helped her become an all-star player.

“I could not have done what I did this year and get this far without my teammates helping me,” she said. “They really helped me get my confidence up more.”