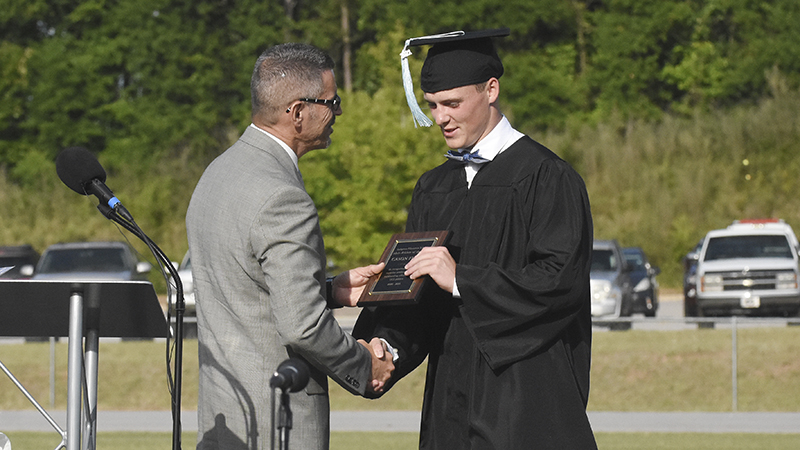 On Saturday, Lafayette Christian School held a graduation ceremony on its football field. Rene Gomez, the head of the school, gave a welcoming speech.

“My parents have been my voice of reason, my defenders, and my best friends. And for that, I am beyond grateful. In addition to my fantastic parents, I had a solid academic standing and some of the most caring teachers,” Crandall said.

“On behalf of the Lafayette Christian School senior class, I would like to open by thanking all of the people who make this school operate in a league of its own,” Dixon said. “To the school board … who works tirelessly to give us the chance to excel during our time here at LCS, even though your efforts are often unseen, we thank you. To the office and administration who never cease to create an unparalleled place for us to learn, we thank you.”

Several awards were given out at the ceremony. Bobby Taylor won the Benaiah Medallion, an award given each year to a rising senior who exemplifies characteristics described in 2 Samuel 20 in the Bible. Derek Hein received the Lafayette Award, which recognizes people who “sacrifice and give of themselves for the good of others.”  Cason Firth was named the male athlete of the year, Ben Dixon was named student leader of the year, and Luke Garner was named the student of the year.